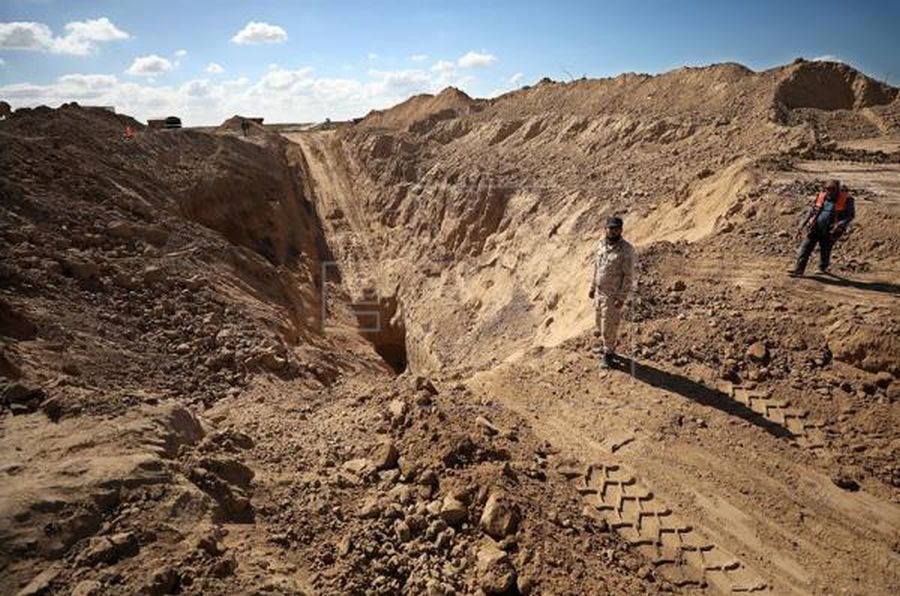 Israel and the Palestinian terrorist groups Jihad Islami and Hamas are conducting a heated war of words over the Gaza Strip. But both keep mum on the real situation on the ground.
In the two weeks since the IDF blew up a Jihad Islami tunnel running up to the Israeli village of Kissufim, killing a dozen Jihad operatives, significant security-related events have taken place. Neither side is shouting information about these events from the rooftops, so as not to force the Iranian-backed Jihad’s hand into a response.

The IDF has meanwhile cordoned off the area around the Gaza border and declared it off limits to civilians. On Saturday, Nov. 11, IDF Maj. Gen. Yoav Mordecai, Coordinator of Government Activities in the Territories, cautioned terrorist organizations in the Gaza Strip in the strongest terms:  “We know that the Palestinian Jihad Islami is spinning a conspiracy against Israel at the expense of the citizens of the Gaza Strip,” in revenge for the destruction of their tunnel and the deaths of their operations.  “Israel will not hesitate to hit back forcefully also against Hamas,” he said, and addressed a special warning to “Jihad leaders in Damascus” – meaning that Israel had no qualms about striking back at them in the Syrian capital, as well as the Gaza Strip, even if this meant expanding the conflict further.

The general delivered his warning in the Arabic language by video.
The next day, Prime Minister Binyamin Netanyahu opened the Sunday cabinet meeting with this statement: “At the present time, some party is toying with an attempt to renew attacks on Israel. We shall mete out harsh treatment to whoever those parties may be and wherever they are.” Netanyahu vowed. He went on to elaborate: “I mean any party – factions, rogues or organizations. We hold Hamas responsible for any attack on us that comes from the Gaza Strip.”

The prime minister, by referring to “any party, anywhere,” fully backed Mordecai’s threat to reach terrorists operating out of Damascus” – or even Beirut, if it comes to that.
An answer came back Sunday from the Jihad Islamic leader in the Gaza Strip, Khaled Al-Batshi: “Israel killed 12 Palestinians in Gaza and one more on the West Bank in the last two weeks, and has reason to be scared, because that’s what is preoccupying us.” He went on to say, “When our sons, resistance fighters are killed – especially members of the Islamic Jihad, we have no option but to punish the occupier and continued to build up our strength in preparation for a confrontation.”

The war of words is being accompanied by military movements.
On the Israeli side, the IDF Sunday launched a military exercise around the Gaza Strip to co ntinue at least until Wednesday. It doesn’t take a military genius to grasp that the military is out on guard for the moment that rhetoric is translated into operational terms. While not privy to exactly what is going on in the Gaza region, many Israelis sense something is afoot and are on edge.
They have further reason for disquiet because the Palestinian Hamas and Jihad’s decision on when and how to start shooting is no longer in the hands of local leaders in Gaza, else they would have let loose on Oct. 30 after the tunnel explosion. Both are committed to working hand in glove with the Lebanese Shiite Hizballah’s leader Hassan Nasrallah and Iran’s commander of Mid East wars, Gen. Qassem Soleimani, who has just ended a period of mourning for the death of his 95-year old father.

While waiting for a green light from Tehran or Beirut to go into action, they are filling the air waves with rhetoric. But Nasrallah and Soleimani too are figures on a larger chessboard and are also standing by for instructions dependant on events playing out in other parts of the region and beyond.