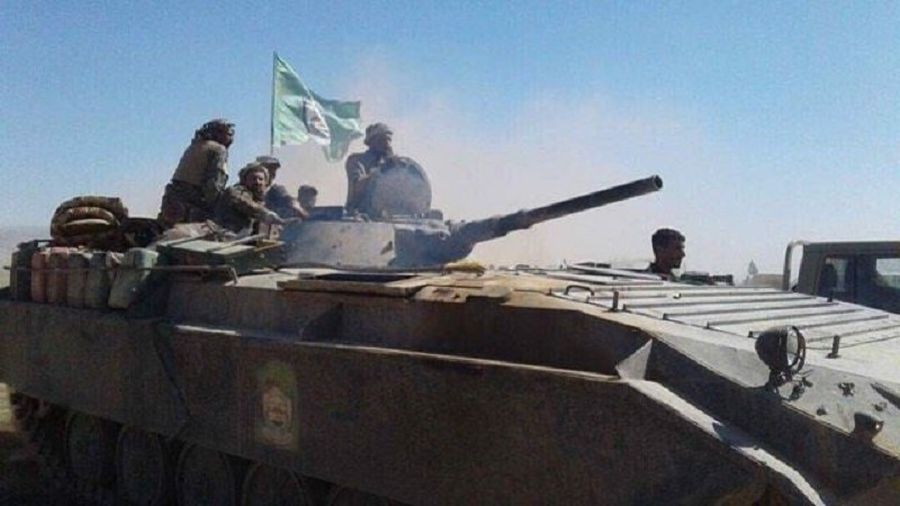 This would be the largest pro-Iranian military increment into Syria since the Hizballah intervention of 2014 – and Tehran’s rejoinder to Israel’s warnings.

The 10,000 troops massed on the Iraqi border belong to the large Iraqi Popular Mobilization Units (PMU) aka the Hashd Al-Shaabi militia, DEBKAfile’s military and intelligence sources report. They have been ordered to stand there by Iran’s Middle East commander, Al Qods chief Gen. Qassem Soleimani. Their commander is one of his deputies, Mahdi al-Muhandis, an Iraqi of Iranian descent. This Iraqi force awaits a green light to cross into northern Syria from President Bashar Assad.

It is intended to be Tehran’s response to Prime Minister Binyamin Netanyahu’s “advice” to Iran to “hurry up and get out of Syria” ahead of the IDF’s action. Soleimani has responded by “hurrying up” to top up Iran’s forces in Syria, before Lt. Gen. Aviv Kochavi has had three days to settle into his new job as IDF’s Chief of Staff.

Our sources note that permission for this large force to cross the border and link up with the Syrian government’s army would present Gen. Kochavi with his first major test. Tehran is anxious to find out whether Israel – or the US – means to actively halt this major troop buildup by bombing it from the air. If the PMU fighters are not stopped as soon as they set foot on Syrian soil, the Iranians will have won this round and feel able to safely augment the PMU force of 10,000 fighters by pouring thousands more into Syria.

21 thoughts on “First test for IDF’s Kochavi: 10,000 pro-Iran troops massing to cross into Syria from Iraq﻿”