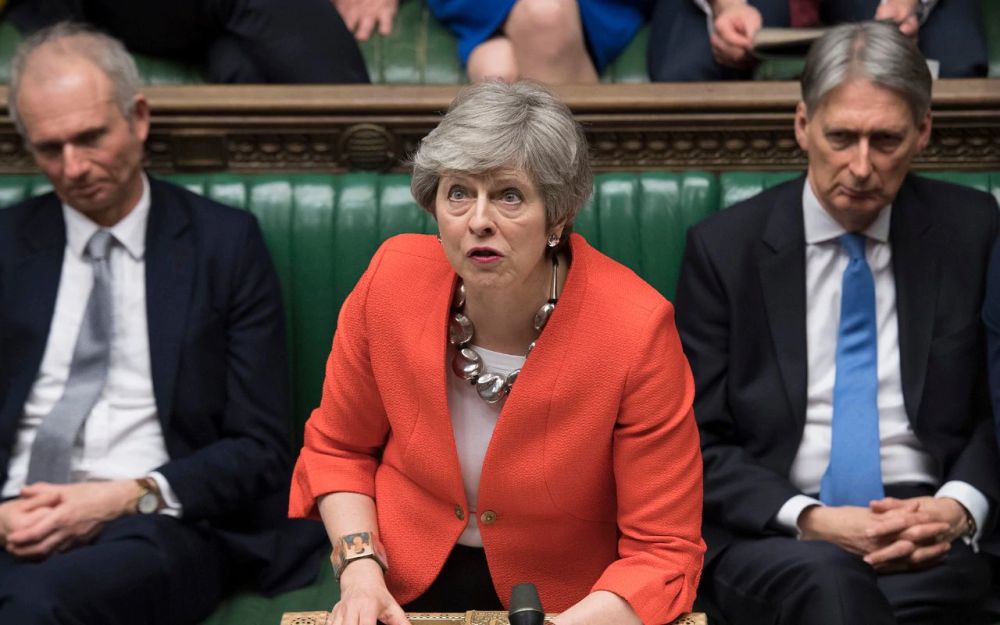 British MPs vote on Wednesday, March 13, on a “no deal” withdrawal from the European Union the day after defeating PM Theresa May’s amended agreement. A British parliamentary majority rejected Theresa May’s amended agreement for withdrawing from the European Union Tuesday night by a vote of 391 to 242. The last -minute amendments she extracted from the EU in Brussels did not win the lawmakers around after they rejected the original deal.

PM May responded that the government motion rejected on Tuesday was the only deal on offer. Parliament votes on Wednesday to withdraw from the European Union on the March 29 deadline without an agreement, which everyone agrees would be disastrous. While the opposition leader Labor’s Jeremy Corbyn called for a general election to remove the May government – which the prime minister has no intention of heeding . Other members proposed asking the Europeans for an extension of the withdrawal date, although May warned that “this would not solve the problems we face.” They suggested that this delay would make possible a general election or a second referendum. The first referendum ended in a majority in favor of the UK quitting the EU.

The response from European Commission president Jean-Claude Juncker to the government’s defeat on Tuesday was regret and a warning that the EU will only examine an extension if “credible justification” is presented and approved by the other 27 members.

Sources in Brussels predict the breakout of economic warfare between London and Brussels in the aftermath of the rejection, with the EU confronting the UK with an uncompromising “hard Brexit” takeit-or-leave it deal

Before the vote, Attorney General Geoffrey Cox gave MPs this warning: “Let me make it clear – the legal risk as I set it out in my letter on Nove. 13 remains unchanged. Britain will not be able to discuss in two years the future of the Northern Ireland’s role in Brexit , in line with the prime minister’s proposals or indeed the “backstop.” Cox’s words were seen to have sealed the fate of the government’s motion. Soon after he spoke, sterling began sliding against the euro and the dollar.

The revisions May negotiated in Brussels this week were an attempt to overcome the hefty Ireland sticking point – known as the “backstop.”

Note: There is no current “hard border” between Northern Ireland and the Republic of Ireland, i.e., no restrictions on the crossings of people and goods in keeping with the historic UK-Irish peace treaty. The Irish backstop was designed to try and ensure that the open borders continue after the UK leaves the EU while keeping Britain inside the EU’s customs union. This paradoxical option is now history.