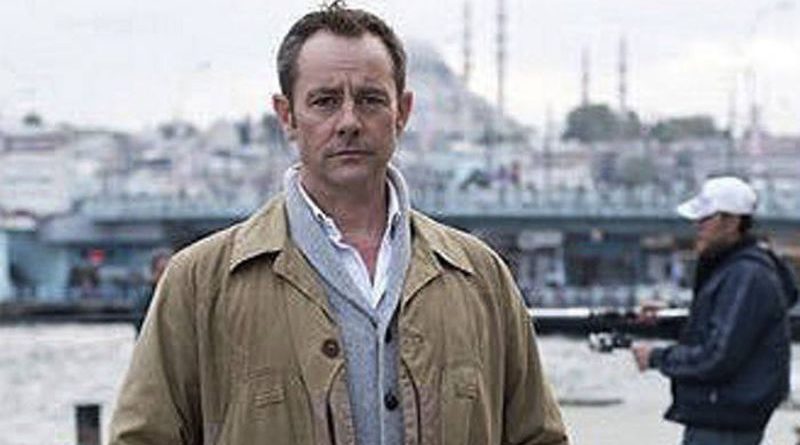 James Le Mesurier, co-founder of the Syria Civil Defense (SCD), a volunteer organization, nicknamed the White Helmets, whose dashing humanitarian efforts saved over 114,000 lives on the most savage battlefields of the Syria war, was found dead on Monday, Nov. 11 on an Istanbul Street. He died at the age of 43 in a fall to the street from the Mayday Rescue office building where he lived and worked. His legs were broken in the fall and his head injured.

Turkish reporters said he had fallen to the street from a balcony in his apartment. However, photos depict a typical Turkish two-story building with no balcony. So, Le Mesurier either fell or was pushed out of a window. His wife, who was sleeping at home at the time, said she does not believe her husband was the victim of foul play.

The White Helmets volunteers were found in the heat of the battles of Syria’s civil war, rescuing civilians, carting the injured to hospital, supplying medical aid – even in areas under chemical attack – digging trapped victims out of rubble, evacuating refugees and fighting fires.

Western media hailed them as fearless angels saving civilians caught up in a cruel war, whereas Russian, Syrian and Iranian media denigrated them as Western spies serving the American CIA and British MI6 as sly intelligence arms in the war zones. Last Friday, Nov. 9, three days before he was found dead, the Russian foreign ministry’s Maria Zakharova accused Le Mesurier of being a “former agent of Britain’s MI6 who had been spotted around the world.”

Without going into the rights and wrongs of this dispute, it would seem logical that a project, funded from US and British sources, that kept thousands of aid workers moving among civilians trapped between warring sides, would be a first-rate source of intelligence hot from the field. Assuming that this was not the White Helmets’ primary mission, some of its volunteers may have been gathering intelligence as a sideline or not in the course of their humanitarian work.

Furthermore, for thousands of volunteers to work behind the lines of an especially dangerous and vicious war, like the one in Syria, they would have needed advanced communications equipment and vehicles for transport and medical supplies. Where chemical weapons were used, these aid workers would have military backing for air and land amenities to evacuate themselves as well as well as the dead and wounded from such hazards.

All these amenities may have entailed a quid pro quo with their suppliers. In that sense, the White Helmets represented an extraordinary brainwave of post-Cold War intelligence.

The mercenaries that Russia brought to Syria were organized in orderly military frameworks. The White Helmets, in contrast, were free to enter every war-stricken corner in Syria from 2014, and able to lay hands on priceless data on a wealth of subjects, such as the Russian forces interwoven in Bashar Assad’s war effort since their intervention in 2015; Al Qaeda’s evolution into the Syrian rebel Nusra Front, the Islamic State jihadists, the Syrian government army, Iranian revolutionary Guards units and Hizballah.

Le Mesurier drew on his military and intelligence experience to run the Helmets on systematic, disciplined lines. They were divided into groups, each with a commander, a staff center and foot messengers – all acting on orders transmitted from the main SCD headquarters in Istanbul. Explicit directives told them when to enter and when to quit a given site.

Some impediments were unpredictable. For instance, a contingent on its way to a given destination might be stopped by an Al Qaeda affiliate with a demand for a cash toll or weapons, or both. This sort of situation was resolved by a contribution from a confidential source.

The Helmets’ adverse relations with the Kurdish YPG militia of the Syrian Democratic Forces (SDF) were an instance of political interests overriding humanitarian considerations.

The White Helmets operated in Afrin until they were banished by the Kurdish administration in December 2015. They returned after it was captured by the Turkish Army and Syrian rebels in a Turkish-led Operation in 2018.

In another instance, the Helmets in June 2019 offered to go in and fight fires set by ISIS to destroy crops that were the main source of food for Syrians living in SDF-controlled areas. They were rejected. The Kurds took offense over the Helmets’ reference to the Turkish takeover of Afrin as the enclave’s “liberation” and accused them of abetting Turkish soldiers.

As to the questions surrounding Le Mesurier’s death, the solution may take years to discover, if ever, together with another enigma: Who did he meet hours before his death on Sunday night at his well-fortified main office in Istanbul? His death may spell demise for the White Helmets, an operation that should go down in the history of 21st history of clandestine warfare as an aberration from the increasing reliance on electronics, cyber, satellites and drones and proof that human ingenuity beats all.