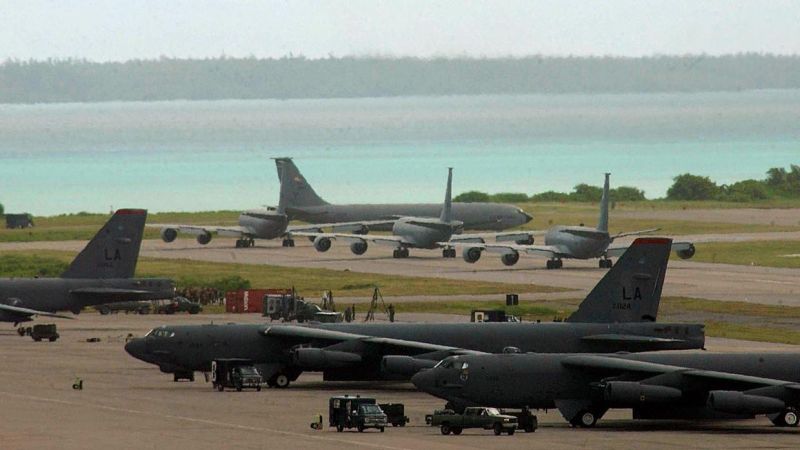 The top-secret UK-US military base sitting on the Indian Ocean atoll of Diego Garcia since the mid-60s, features a large airbase for long-range surveillance and bomber aircraft, a communications station and one-third of the US Navy’s prepositioned fleet for emergency operations. The Americans may be forced to abandon this highly strategic base following a UN General Assembly resolution in May ordering Britain to cede the Chagos Archipelago to Mauritius.

Diego Garcia, 17 square miles of sand, jungle and concrete, is one of the 58 atolls of this archipelago. With the end of its Cold War role for countering Russian influence in the Indian Ocean, this base has quietly projected muscle for containing terrorism, combating piracy and fighting cross-ocean trafficking operations into the Middle East and Africa. Today, the Garcia Diego is critical to the US-led alliance for deterring Iranian expansion. It also acts as an anchor for curbing Chinese submarine activity and its drive for power in the region.

By pushing its anti-colonial agenda, Mauritius may end up recolonized as a Chinese satellite.

The nonbinding General assembly resolution condemning British “occupation” of the atoll, was passed by a 116 to six margin. The US, Hungary, Israel, Australia and the Maldives supported the UK, while 56 countries, including most Europeans, abstained. The measure added weight to an International Court of Justice advisory opinion that found the UK’s “process of decolonization of Mauritius not lawfully completed when the country acceded to independence in 1968.

The US has enjoyed full freedom at the secret base for half a century because it is shared with Britain, its partner in “the special relationship” and intelligence. The weakening of security around the facility, by allowing civilian access or maritime activity around the outer islands, would force the Pentagon to limit its scope, or even consider shutting the facility down. So long as the Conservative party is in power in London, DEBKA Weekly’s sources note, the US can safely retain its Garcia Diego base. However, that is no longer certain. If power passes to the Labor party, its hard-left leader, Jeremy Corbyn, will make it his business to comply with the UN resolution in order to demonstrate UK independence of its ties with Washington. The “special UK-US relationship” will be scrapped. This is not just a hypothetical prospect. Britain faces a general election next year and the Conservatives are approaching the ballot on very shaky ground.