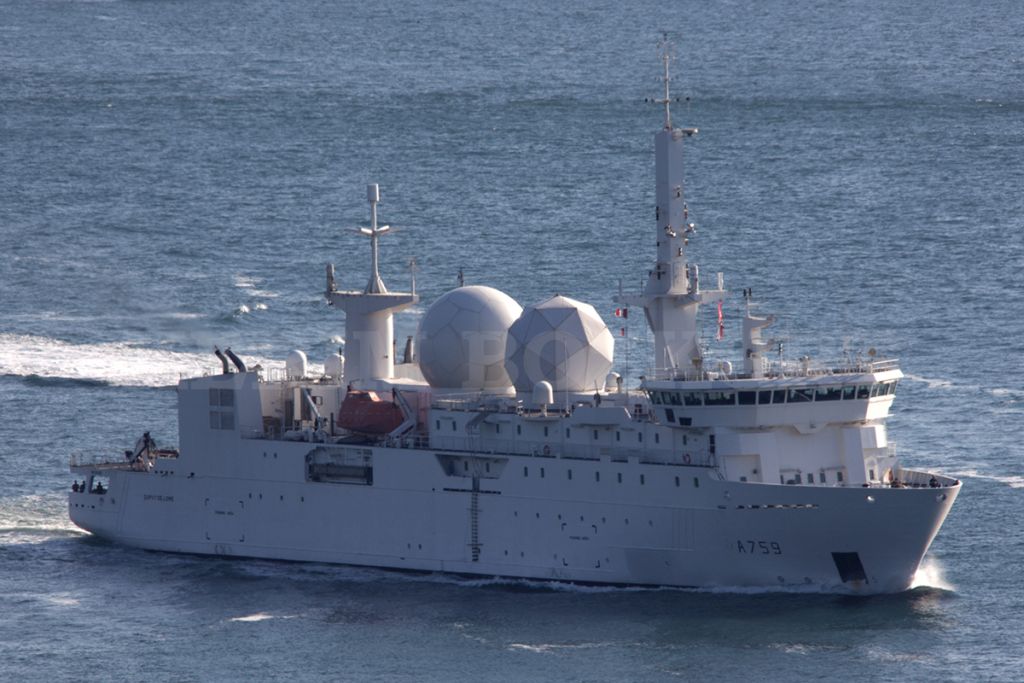 The advanced French Dupuy de Lome spy ship has reached Syrian waters and begun operating in conjunction with the USS Harry Truman and its five-ship strike force. DEBKAfile’s military sources report that the Dupuy le Lome is normally reserved by the Directorate of Military Intelligence of France (DRM) for deployment to the world’s flash points ahead of or amid military flareups. During the Ukraine war and the Russian invasion of Crimea (2014-2015), the French signal intelligence ship was seen repeatedly in the Black Sea while tracking Russian military movements.

Since last weekend, the US Air Force has maintained flights around the clock over Syria, according to an earlier DEBKAfile report. Some of the aircraft take off from the Truman’s flight decks.

Not much is known about the surveillance systems aboard the French spy ship, but they are believed to be state of the art. They include a radar/radiation warning system, satellite communications systems and at least two navigational radar locators. The ship also has equipment for eavesdropping on enemy communications and command centers, reading plain and coded email and listening in on mobile phone communications.
Beamed to the French ship is intelligence gathered by US reconnaissance aircraft which have been in the air over Syria since last May. These USAF MC-12S EMARSS and MC-12W Liberty planes have for some months been making passes over Syria from their base on the island of Crete. The UAF planes are equipped with an Enhanced Medium Altitude Reconnaissance and Surveillance System (EMARSS-S) which can listen in on conversations among enemy command centers. They can also capture military installations on video for relay to the US Army’s DCGS-A intelligence data network.