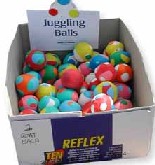 By inventively chopping and slicing portfolios and dreaming up new ones, Israel’s two co-prime ministers-designate concocted a mega-government that bears no resemblance to its 34 forerunners in size or makeup. Because of the coronavirus, there will be no group photo of the entire cabinet according to custom. The Likud-Kahol Lavan partnership forged by Binyamin Netanyahu and Benny Gantz dominates the new National Emergency Government coalition which consists additionally of the ultra-religious Shas and Torah Judaism and Gesher in the Likud bloc; and Labor and Derech Eretz which are part of the Kahol Lavan alliance. Rafi Peretz’s break with Yemina, which has opted for the opposition, was a last-minute boost for the Likud-led group. After some delays, the swearing-in ceremony of the new ministers takes place on Sunday, May 17, 2020.

Netanyahu assumes the premiership first, handing over to Gantz in mid- Nov. 2021 and replaces him as “alternative PM.”

Transportation – Miri Regev (who switches to Foreign Affairs under Gantz)