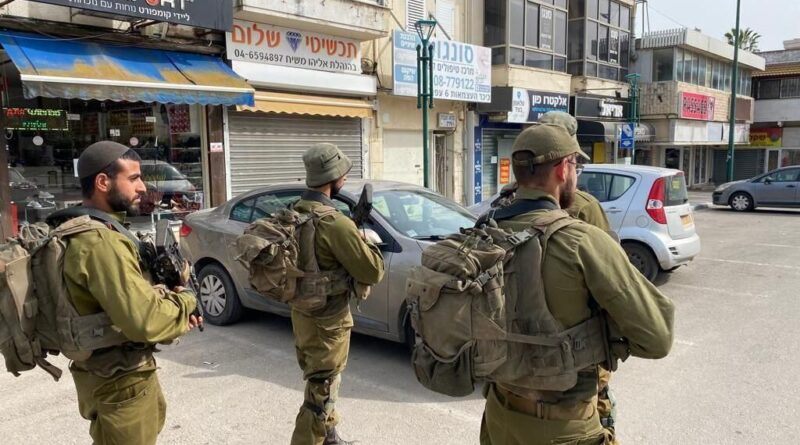 In a close-range gun battle with 4 Palestinian Islamic Jihad terrorists, on Saturday, April 2, a police chief superintendent was critically wounded and 3 Border Police suffered minor injuries – before the four gunmen were shoot dead. The fight was fought out from two vehicles in Arabeh, a Palestinian village in the Jenin region of northern Samaria.

Nearby, an IDF unit encircled a village house on the outskirts of Tul Karm, that was occupied by another terrorist gang sought in connection with the recent string of shooting attacks on Israeli vehicles in the area.

DEBKAfile’s military sources report that the two incidents bring to the surface the tight pressure Israel’s security forces are bringing to bear on terrorist groups in Judea and Samaria in the wake of 11 murders in three deadly terrorist attacks last week in the centers of the Israeli towns of Beersheba, Hadera and Bnei Brak. Hundreds of suspects have been rounded up in the ongoing anti-terror operation. Their interrogation is expected to yield valuable data on any new terrorist conspiracies afoot and likely perpetrators.

Intensive probes of the three attacks did not uncover connections between the first two attacks by Islamic State (ISIS) followers and the Bnei Brak outrage – for which the Palestinian Islamic Jihad – which takes its orders from Tehran not ISIS – was responsible.
To reassure a scared public and avert any further violence, armed IDF units began Friday patrolling the streets and crowd centers of Israel’s main cities for the duration of the month-long Muslim festival of Ramadan. Islamic Jihad has meanwhile vowed to avenge the deaths of its four adherents in Arabeh.