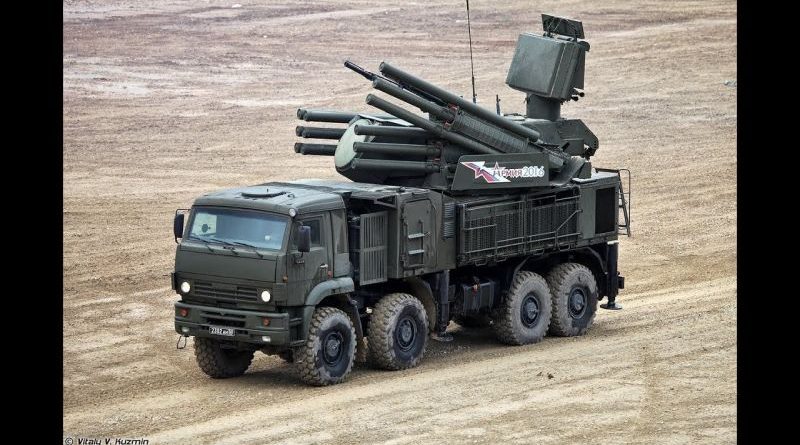 Russian President Vladimir Putin’s abbreviated trip to Israel on Jan. 23, will no doubt see him discussing with Prime Minister Binyamin Netanyahu some interesting upgrades on the smooth military cooperation between their armed forces in Syria.

(The original plan was for a week-long visit starting Sunday, Jan. 19. But since then, the Russian president has been immersed in constitutional reforms for extending his rule at the end of his term in office, resulting in the resignation of the government led by Dmitry Medvedev and the appointment of a Mikhail Mishustin as new prime minister.)

A coordinating mechanism, in place since 2016 and adjusted as needed by changing conditions, has allowed the Israeli Air Force to strike Iranian targets in Syria without incurring Russian air defenses or any other obstructions. Had it been up to the Russian military command or defense ministry in Moscow, the two armies would have clashed long ago. However, their unique interaction was forged and overseen at the highest level by the Russian president and Israeli prime minister in person.

The only hitch occurred in October 2019, when a Russian IL20 reconnaissance plane was shot down killing all 14 crew members by a Syrian air defense missile that was aimed at Israeli fighter jets. The defense ministry accused Israeli bombers of hiding behind the Russian plane to trick the Syrians. That incident was cleared up after some months and relations returned to normal with no further hitches, a result of two directives issued by Putin to the Russian high command:

1. All potential disputes between the two forces must be brought before him for a resolution.

2. A prohibition on Syria activating its Russian-supplied S-400 and S-300 air defense batteries against the Israeli air force. Our military sources note that due to this ban, those batteries were never commissioned for operational service with the Syrian armed forces.

In recent months, a new element was factored into the considerations of military planners in the region: Iranian cruise missiles. US early warning systems failed to pick up on the launch of those missiles in two major incidents: The Sept. 14, 2019 Iranian cruise missile/drone attack on Saudi oil infrastructure; and the Jan. 8, 2020 strikes against the big American Ain al-Asad air base in western Iraq. Furthermore, in both events, Iranian missile hit their targets with exceptional accuracy.

The two instances planted a measure of uncertainty in the minds of Israel’s war planners about the capacity of their missile defense systems, which are based on American models, to beat Iran’s advanced missiles.

With threats coming constantly from Iran, Israeli strategists have been casting about for quick remedies. Some experts are convinced that the Iranian missile can only be bested by a unique combination of the Russian Pantsir-S1 two-stage solid fuel system, which carries up to twelve 57E6 ((export designation 57E6-E) radio/optical command-guided surface-to-air missiles, with Israel’s own multitiered missile defense weaponry.

DEBKA Weekly’s source presume that the intense discussions among Israel’s military experts on ways to beat Iran’s cruise missiles were not lost on the Russian president. He may use the opportunity even of his brief visit to propose a transaction to Netanyahu for the purchase of this weapon.

Putin sees no contradiction between allowing Iran to take up positions in Syria to threaten Israel from across its northern border, while plugging Russia’s arms industry to sell Israel weapons for destroying those positions. He never misses a chance to flog Russia’s sophisticated military hardware. Negotiations are already afoot with Egypt, Saudi Arabia and the United Arab Emirates for the sale of the same systems he expects to offer Israel, for use against their common enemy, Iran.

It is hard to see him making a sale in Jerusalem, although it would give his arms industry a boost like no other transaction. Turkey felt the sharp edge of US ire for being the first NATO ally to defy Washington and go arms-shopping in Moscow. As America’s most favored Middle East ally, Israel would fare a lot worse.