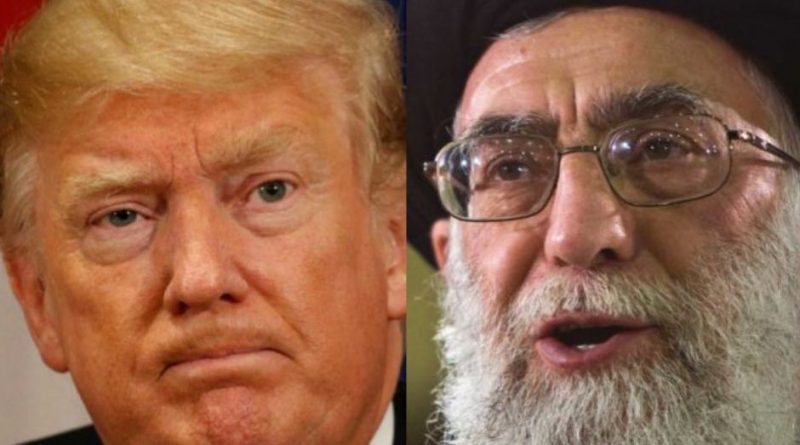 US President Donald Trump and Iran’s Ayatollah Ali Khamenei appear to have declared a truce in their mutual demonization campaigns as the US presidential election approaches. The blood and thunder rhetoric and aggression marking recent years have descended into sullen silence. Tehran is waiting on tenterhooks for the victor. Trump is fully preoccupied with proving he can beat a more personal enemy, coronavirus, without a mask; Khamenei is weighing the pros and cons of a re-elected Trump against the Democratic Joe Biden, Barack Obama’s vice president, reaching the White House. Both presidential contenders have said they would re-open negotiations with the Islamic Republic. Trump has promised Iran would come out of these talks “a rich country:” Biden is an unknown quantity.

DEBKAfile’s diplomatic sources report that under-the-table talks are quietly in progress between Washington and Tehran with the help of various brokers. Both administrations must therefore have some inkling about the other’s intentions.
The Trump administration has made no secret of its goals: Renegotiation of the 2015 nuclear accord with the world powers, which Trump abandoned;  making sure that Iran never gains a nuclear weapon, scraps its advanced ballistic missile program and gives up its “malign operations” in the Middle East.
Khamenei, one of the world’s few absolute rulers, has to decide whether to insist on settling unfinished business with the Trump administration or look to the future. Iran’s leaders have vowed to avenge the assassination of their iconic strategist, Al Qods Chief Gen. Qassem Soleimani, last year by a US drone, a string of sabotage attacks on its nuclear facilities, peaking last July with the destruction of an advanced centrifuge plant in Natanz, and the crippling US sanctions that have reduced the country to penury.
That revenge has not been forthcoming. Iran has been curiously quiescent on those scores. This may be because, at 81 and long ailing, Khamenei’s eye is fixed on his legacy as the guardian of the Shiite Islamic revolution against the existential menace posed by the “Great Satan” on the ideological rather than the military battlefield. He sees Western democratic values, the modern culture of human rights, civil liberties and gender equality as the most devastating weapons the West holds against the Muslim world and Iran’s Islamic revolutionary ideals – hence, a direct menace to its regime. Preserving the Islamic regime and its fundamental orientation is Khamenei’s foremost concern. In his view. US sanctions over violations of human rights are part of the American scheme for regime change, in which the Jewish state plays a leading role. Hollywood and Telegram are being harnessed to what the Iranians call a “soft overthrow” or a “velvet revolution,” which is of greater concern even than military action.

So much so, that in future negotiations with the US, Khamenei would prefer to limit the agenda to the issues of nuclear and missile programs, while firmly excluding human rights and democratic issues – as Washington does in its relations with Arab and Muslim countries. Regional aggression, in keeping with the command to “export the revolution,” will nonetheless be a sticking point if and when negotiations are launched. Meanwhile, as they wait to see who comes up on top on Nov. 3, Iran’s leaders have adopted a strategy of “no war, no peace.”
: