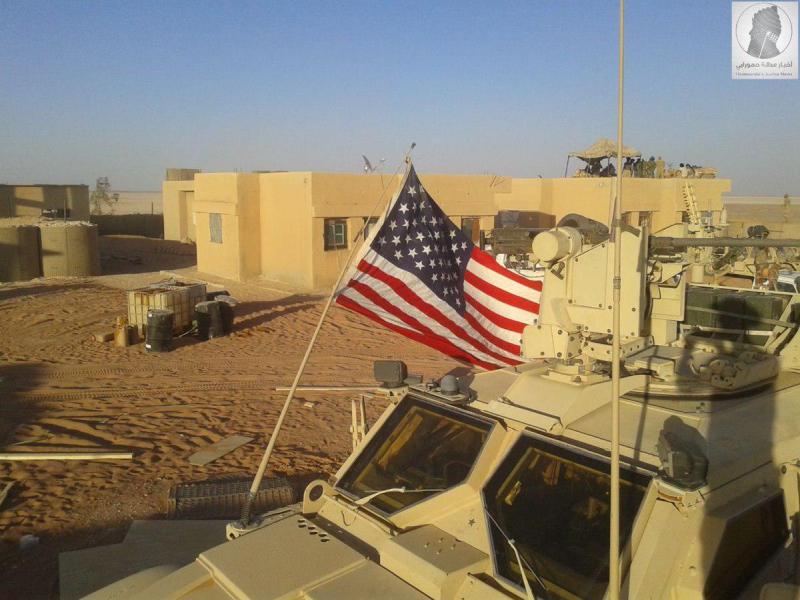 The Trump administration appears to be eyeing its first military initiative in Syria since January, when the US warned Moscow, Tehran and Damascus that strong US military resistance would again meet any further attempts to send troops across the Euphrates to challenge the 1,000-km US-held Syrian-Iraqi border defense line.

The US military offensive now taking shape was signaled Monday and Tuesday, March 12-13, according DEBKA Weekly’s military and intelligence sources, when groups of young Syrian men were sighted crossing in from Jordan and making for the southern Syrian town of Daraa. They are described by our sources as the vanguard of a new anti-Assad Syrian army, which has been recruited at the Syrian refugee camps of Zaatari and Rukban in northern Jordanian. After security vetting by Jordanian military intelligence, these recruits are split up into military units and undergo training with newly supplied weapons at the hands of US security contractors. Saudi Arabia is putting up the funds for this new legion.

The first troop crossing from Jordan into Syria was timed to take place a week before Saudi Crown Prince Muhammed bin Salman arrives in Washington to keep his March 19 date with President Donald Trump at the White House. But more urgently, it is scheduled to coincide with the end of the East Ghouta operation. Pro-Assad forces, along with Russian air and special operations contingents and pro-Iranian Shiite militias, are poised to finally defeat the rebels and reclaim the embattled enclave. But then, they are expected by US and Jordanian intelligence to turn south and advance on the Daraa region. This will be their jumping off point for an offensive to root US forces out of Al Tanf, a strategic point at the junction of the Syrian, Iraqi and Jordanian borders, around which the US army has drawn a 50km perimeter as an off-limits military zone.

Our sources report that Defense Secretary Jim Mattis, with White House backing, is preparing to pre-empt this joint Russian-Syrian-Iranian offensive. Under preparation is a military strike for dislodging the Syrian-Hizballah grip on southern Daraa. If it succeeds, the US will have widened its security zone from 50km to 115km. This operation is also planned to circumvent Daraa from the east and follow the fast Daraa-Damascus highway to capture the small town of Ezzra, 20km north west of Daraa. This town is the seat of joint Syrian-Iranian headquarters for southern Syria.

The freshly-trained Syrian force fighting in this operation will be supported by US and Jordanian bombing sorties against the Syrian and Iranian forces in the region, and heavy Jordanian artillery.

Damascus soon saw the new US-backed buildup and was quick to hit back. On Monday, March 12, the Syrian air force bombed the Syrian troops coming in from Jordan, apparently acting on intelligence from their Russian allies. But it is not yet clear to the US planners of the Daraa operation how far the Russians will go to support a Syrian-Iranian counter-offensive if it comes.Will Vladimir Putin order an all-out Russian military and air assault on the new US-backed anti-Assad army as it moves into southern Syria? Will he use it as an opportunity to retaliate for the deadly US attack on the Russian-Syrian-Iranian forces on Feb. 7, when they tried to cross the Euphrates?

According to our military sources, the American military planners don’t rule this out. They even speculate that Russian long-range bombers may be sent over from their home bases to conduct his attack, or cruise missiles may be fired from Russian warships cruising in the eastern Mediterranean.

But meanwhile, US planners appear to find a successful US-backed operation in the Daraa district worth the candle for achieving three high-value strategic objectives: