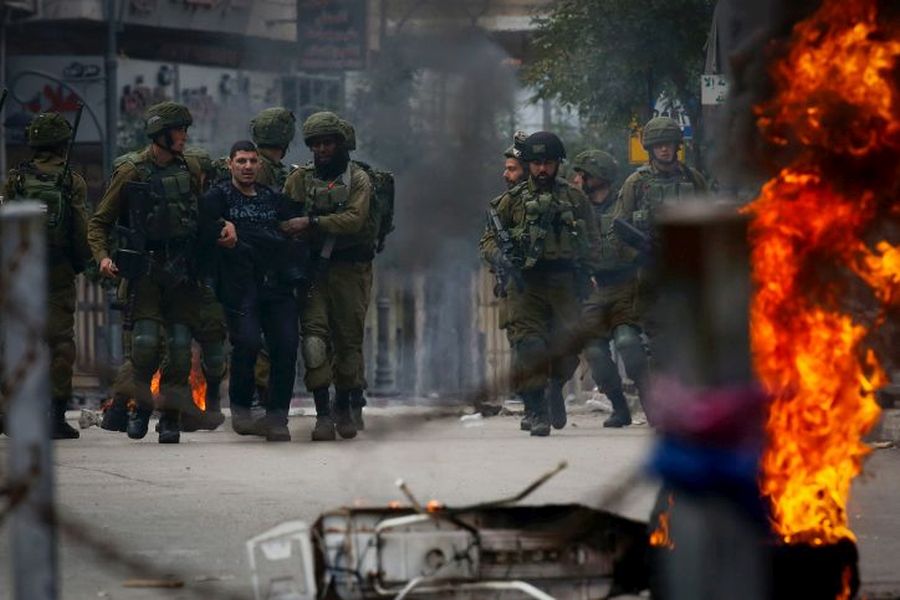 The Palestinian leader Mahmoud Abbas only found Jordan’s King Abdullah and Turkey’s President Tayyip Erdogan to back him up Thursday, Dec. 7, in the first 24 hours after US President Donald Trump’s announced recognition of Jerusalem as Israel’s capital. The Arab street’s first response was also minor in scale and pitch – less than 100 protesters at most of the rallies. Prepared for an outbreak of “the third Palestinian intifada (uprising)”, foreign correspondents arrived on the scene kitted up in helmets and vests, only to find a fairly low-key event to cover rather than a violent backlash. The Palestinian sources reported 140 injured so far, most of them from inhaling gas and three from rubber bullets.

The Palestinians were called out by their leaders to stage massive protest marches in East Jerusalem, Hebron, Ramallah, Nablus, Jenin and Tulkarm, as well as at the Gaza border fence.  Stones were hurled at Israeli troops and tires set on fire for the cameras, but nothing more lethal at Damascus Gate in Jerusalem, for instance, than bottles of water. Only in Hebron did real clashes occur between security forces and protesters. They were broken up with tear gas, stun grenades and rubber bullets.

Extra Israeli security and military forces have been mobilized for the weekly Muslim Friday prayers at the mosques and Saturday. Will Palestinian protesters then turn out in force, as they have so many times before?

It must be said that, while most Arab and Muslim rulers have gone through the motions of condemning Trump’s pro-Israeli act, few are actively opposing it, which the Palestinian street has not been slow to notice. Their zeal for a violent confrontation with Israeli security forces is therefore less than expected – especially after their leader Abu Mazen had to fall back on the Jordanian king and Turkish president for support, instead of finding a rousing condemnation from the entire Arab leadership.

It is no secret in Ramallah or Nablus that King Abdullah of Jordan has fallen out of favor with the majority of Arab rulers, especially the Saudi crown prince and strongman, the UAE emir and the Egyptian president.  DEBKAfile’s Middle East sources reveal that Riyadh has gone so far as to cut off financial assistance to Amman.
Jordan has always been good friends with Turkey and so Abdullah flew to Ankara Wednesday to find a backer ahead of the Trump announcement. However, the ordinary Palestinian has a low opinion of President Erdogan and his efforts to set up an anti-American, Anti-Israel Islamic Front never found much response in Palestinian towns.
And so Abu Mazen’s panicky visit to Amman to talk with Abdullah is not expected to change the mood on the Palestinian street. At the same time, the situation is inflammable enough to catch fire in a trice. A large-scale Palestinian terrorist attack against Israel is always on the cards, and the potential for Israeli security forces facing a raging mob  to inflict a large number of casualties cannot be ruled out for triggering a major outbreak.