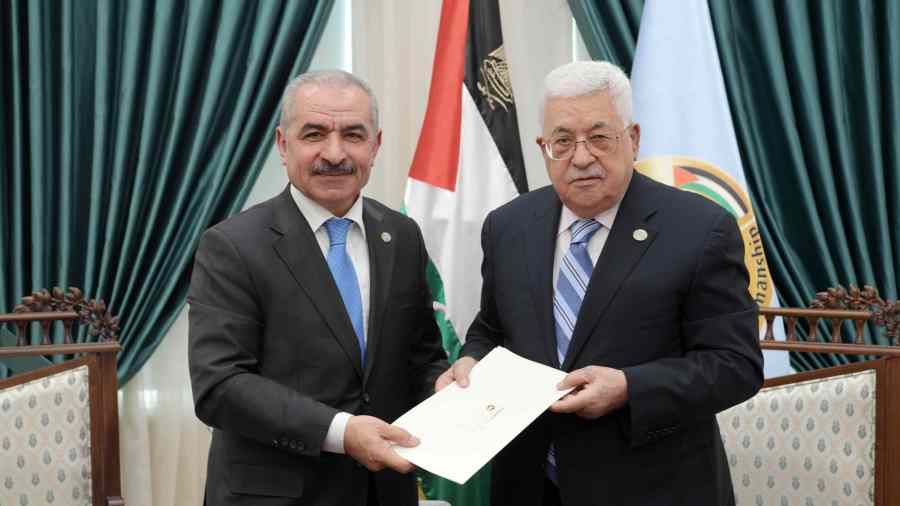 Mahmoud Abbas has directed his Palestinian Authority officials to embark on a massive construction project in all parts of the West Bank, effectively tearing up the A, B and C regions mandated by the 1993 Oslo peace framework accords. Under those accords, A is under full Palestinian security control, B is held jointly, and C is controlled by Israel. Abbas (Abu Mazen) has now ordered the PA administration and security officials to initiate unauthorized building projects in all three sectors without applying for permits from the Israeli Civil Administration.
According to DEBKAfile’s sources, this directive applies in the first stage to the 30,000 housing units that were denied Israeli building permits. As an added incentive for builders, the PA is laying out generous financing from funds donated by European sources.
Abu Mazen’s step shreds up a fundamental ingredient of the Oslo peace accords. He intends it to reach Israeli popular notice in time to stunningly embarrass Prime Minister Binyamin Netanyahu and his Likud in their run for re-election on September 17. Already under pressure from the nationalist-religious parties in line for his post-election coalition, as well as Avigdor Lieberman’s bid to unseat him, the prime minister is about to find himself cornered by Abu Mazen into making a a strong response to the flagrant Palestinian violation of their accord. That will bring the centrist and left-wing opposition parties, led by Blue-White, in full cry against the Likud leader.

With powerful European sources at their back, the Palestinians have also just obtained partial support for their step from US President Donald Trump’s senior advisers, Jared Kushner and Jason Greenblatt, who are currently touring Arab capitals. They see Israel’s election campaign as their chance to gain traction in the Palestinian camp. Netanyahu’s initiative last week to approve 700 new Palestinian housing units in the Israeli-control C sector failed to divert Abu Mazen from his plan to create mayhem in Israel’s election race.