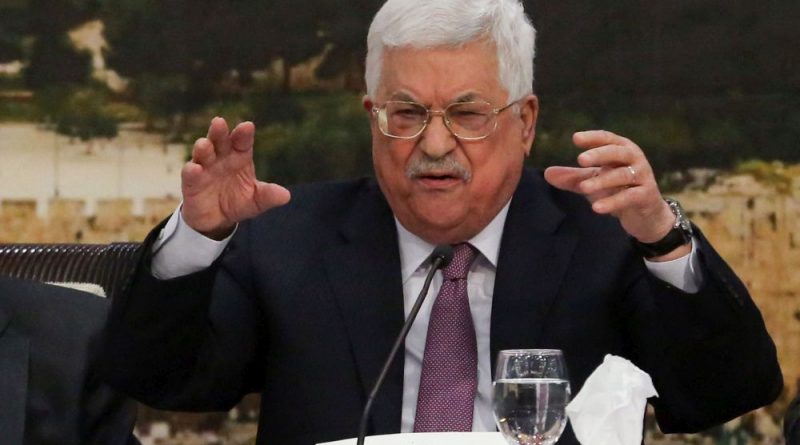 Mahmoud Abbas has urgently summoned PLO and Fatah leaders to Ramallah next week to rally around his decision to dissolve the Palestinian Authority if the Netanyahu-Gantz government annexes one inch of the West Bank. By breaking up the PA, Abbas intends to saddle Israel with the administration and care for all civic needs of two million Palestinian denizens of the territory – health, water, economy, jobs etc.

This decision by Abbas (Abu Mazen) translates into action the furious threats of reprisals made by Palestinian leaders since Prime Minister Binyamin Netanyahu undertook to bring the Jordan Valley and parts of Judea and Samaria under sovereign Rule in keeping with President Donald Trump’s peace plan.

Embodied in the Likud leader’s rotating premiers’ government deal with Blue-White leader Benny Gantz is a clause authorizing Netanyahu to table an annexation bill in Knesset from July 1.

Not wholly at ease with the measure, Gantz added riders making it subject to international or at least US assent. On the other hand, the Kahol Lavan leader is unlikely to push for a vote in the cabinet where his party has parity with Likud or veto annexation if it gains a Knesset majority.

Abbas is not waiting for the new Israeli government to be sworn in and start working – a raft of Basic Law bills are still to be processed as well as a High Court ruling this week on Netanyahu’s aptness to be prime minister. In a speech last Wednesday, he put the new government on notice when he said that Palestinians “will not stand handcuffed if Israel annexes any part of our land.”

The Palestinian leader has little hope of succor from Washington after Secretary of State Mike Pompeo said it was Israel’s decision whether or not to annex parts of the West Bank, and that the US would offer its position on this matter to the new Israeli government in private. Neither does he see the future Israeli government being swayed by international opinion. UN peace coordinator Nickolay Mladenov said the possible Israeli move would deal a “devastating blow” to the internationally backed two-state solution to the Israeli-Palestinian conflict. The European Union said annexing Palestinian territory “would constitute a serious violation of international law.”

But the coronavirus has caused a slight shift on the ground. Israel has given permission to Palestinian security forces to enter two towns east of Jerusalem, Abu Dis and Al-Eizariya (Bethany), to keep order during the epidemic. Health cooperation is working for both parties after the collaboration between Israeli and Palestinian security authorities in reining in terrorism has withstood the test of time. The breakup of the Palestinian Authority and its ruling institutions would leave the continuation of this partnership up in the air.