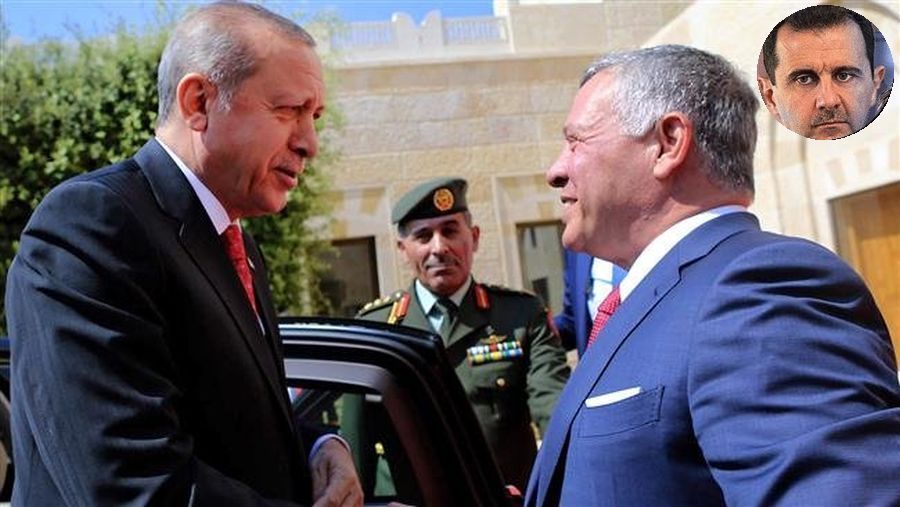 Jordan’s King Abdullah notified Israel on Sunday, Oct. 21, that he will not renew two annexes of the peace treaty which his father King Hussein signed with Prime Minister Yitzhak Rabin in 1994.  They granted Israel ownership rights for 25 years under Jordanian sovereignty in the Naharayim/Baqura and the Zofar/Al Ghamr areas of the Arava region of southern Israel, which Israeli farmers have been working.

While the announcement came two days after a big anti-Israeli demonstration in Amman, DEBKAfile’s sources disclose that it is part of a calculated move by the Jordanian monarch to bring his kingdom into alignment with Turkey, Syria and Qatar. In recent days, his prime minister, Dr. Omar al-Razzaz,  has been holding intensive talks with Turkish ministers in an effort to persuade Ankara to stop routing its export goods to the Gulf via Haifa port and send them instead through Syria and Jordan. To this end, Jordan earlier this month reopened its Nassib border crossing with Syria, against strong objections from Washington and Jerusalem. The king is in the process of mending his ties with Syria’s Bashar Assad and looks forward to an early visit to Amman by an impressive Syrian official delegation headed by Foreign Minister Walid Moallem.

Qatar is performing a dual role: On the one hand, Doha is funding Israeli fuel supplies to the Gaza Strip in an effort to de-escalate Hamas-Israeli tensions, while, on the other, trying to tempt Jordan’s King to come over to its side and abandon his ties with Qatar’s rival, Saudi Arabia.   King Abdullah hopes Riyadh, in its weakened state following the Khashoggi affair, will not notice his desertion.

Going back on the two peace treaty annexes with Israel serves the Jordanian monarch’s evolving alignment with three allies, two of whom are hostile to Israel. He hopes his new orientation will help channel the rising domestic unrest over his failure to resolve the kingdom’s galloping economic crisis. Muslim Brotherhood activists, led by the Brotherhood’s Palestinian offshoot Hamas, have been stirring up the trouble, demanding abrogation of the peace treaty with Israel and the closure of the Israeli embassy in Amman. Hamas is in fact using Jordan as the stage for a second front against Israel as well as the Gaza Strip.

50 thoughts on “Abdullah cuts down Jordan’s peace treaty with Israel, while reorienting his policy on détente with Turkey, Syria, Qatar”