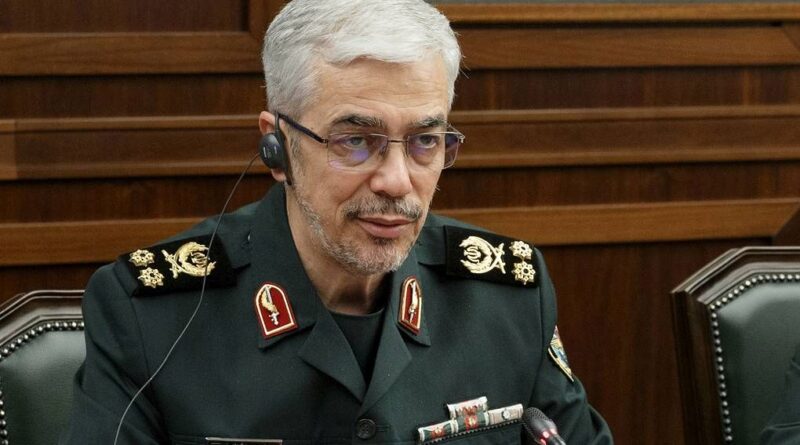 At Sochi, President Vladimir Putin prolonged his talks with visiting Prime Minister Naftali Bennett from two to five hours on Friday, Oct. 22 as they strolled through his Black Sea estate and private residence at Sochi. Bennett failed to elicit from his host supports on the Iranian nuclear issue. Their interpreter, Israel’s Housing Minister Zeev Elkin reported later that Putin had urged his guest to continue the policy of his predecessor, Netanyahu, on relations with Moscow. He indicated that Israel’s campaign of air strikes for curtailing Iranian and proxy presence in Syria could continue, so long as PM Bennett was careful to avoid upsetting the Assad regime in which Moscow was heavily invested.

But the Russian ruler essentially operated that day on two tracks. In Moscow, Defense Minister Sergei Shoigu and Chief of Staff Gen. Valery Gerasimov sat down with Iran’s armed forces chief Gen. Mohammad Hossein Bagheri to wind up a hefty multi-billion string of arms transactions. .
According to DEBKAfile’s sources, one set covered the sale to Iran of Russian warships, including cruisers, guided missile destroyers and submarines; the other consisted of advanced Russian fighter jets for the Iranian air force and a variety of rockets.
The marine deals follow Tehran’s decision to overhaul and modernize its navy to avoid falling behind in the power contest ongoing in the Gulf of Oman, the Arabian Sea and the Red Sea, where the US holds the upper hand. A boosted Iranian naval presence in the Red Sea would directly affect Israel security from the south and its shipping routes to the Far East.

From Oct 17 util he departed on the 21st, Gen. Baghari visited Navy command headquarters at St. Petersburg and was escorted on a tour of bases by Russian Navy Deputy Chief Vice Adm. Vladimir Kasatonov.  He also visited the Russian Navy’s Baltic naval base at Kronshtadt, 30km west of St. Petersburg, where he was given the chance to board a number of warships and submarines for a closer look.

On his return home, Iran’s army chief told a state radio interviewer on Oct. 22: “The conclusion of arms agreements [with Moscow] and their implementation in the near future will considerably deepen our relations.”