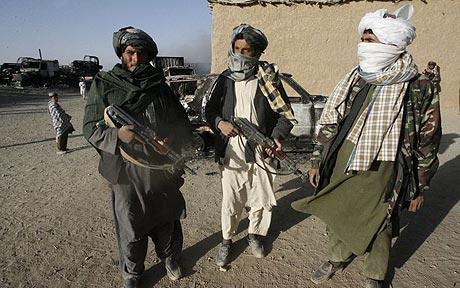 Among Afghanistan’s neighbors, Pakistan, India and China, were nervously shuffling their options after Taliban moved in on Kabul and the US washed its hands of the exit debacle. President Joe Biden said on Monday, Aug. 17, that he did not regret the US withdrawal from Afghanistan. Referring to the “gut-wrenching” flight of desperate refugees at the airport, he laid the tragic chaos at the door of “political leaders who gave up and left the country” and its military, for “laying down arms” for the rapid Taliban takeover. “If anything,” said Biden, “the developments of the past week reinforced that ending US military involvement in Afghanistan now was the right decision.”

Most alarming was the jubilation in the jihadist world over the new opportunities the Taliban had opened up for a resurgent Islamic terror onslaught. That al-Qaeda remains embedded in Taliban forces was evident in this week’s conquests.  Dr Sajjan Gohel from the Asia Pacific Foundation predicted that the 200-500 al-Qaeda members currently thought to be based in Kunar will increase. As the Taliban moved into a dozen towns this week, so too did al-Qaeda. For two decades their numbers were kept down by the NDS, the Afghan intelligence service, combined with quick reaction teams of US, UK and Afghan Special Forces.

All that has now gone, making Afghanistan a “hard target” in intelligence terms for remote US drone or cruise missile attacks on their training camps. The Islamic State is also looking at Afghanistan to replace its lost rear bases in Syria and Iraq.

All the parties concerned are waiting to decipher the reassuring pledges Taliban issued from Kabul on Monday, to discover whether the organization plans to revert to its brutal, fanatical past at the cost of a pariah status, or make fresh start. The new-old rulers of Kabul issued a general amnesty for all government officials, urging them to go back to work with “full confidence.” Another statement pledged to enforce Islamic Law together with a promise “to provide a secure environment for the return of normal life after decades of war” and establish an “inclusive, Islamic government with other factions.”

Those first utterances have not allayed the dread gripping former government officials, interpreters who served the US army and women who in the past two decades finally enjoyed civil rights and freedom from oppression. Less reasuring is Taliban’s plan to go back to the old national name of the Islamic Emirate of Afghanistan, under which the rulers of Kabul abetted al-Qaeda in orchestrating the 9/11 attacks on the US in 2001 and hosted training camps for an estimated 20,000 recruits from multiple countries.

Much will depend, say terror experts, on whether Pakistan continues to permit the jihadists passage to Afghanistan. That question too is fraught with contradictions. While the Imran Khan regime sees Taliban’s return as a strategic defeat for the United States and rival India, and its leaders say they will work for “an inclusive political settlement in Kabul,” they are nervously aware that its Tehrik-e-Taliban Pakistan, or TTP, a Taliban affililate, is celebrating and encouraged to pursue its goal of overthrowing the Islamabad regime itself.

India made haste to airlift its ambassador and diplomats out of Kabul as soon as the Modi government’s partner, Afghan president Ashraf Ghani. fled the country on Sunday. In the 1990s, foreign fighters flowed into Kashmir from Afghanistan to fuel an insurgency. Since then, India has significantly bolstered its borders. However, for the first time in decades, India is bereft of a friendly government in Afghanistan amid anxiety over heightened militancy in Kashmir and border standoffs with both Pakistan and China.  The flow of heroin, Taliban’s main source of revenue, is major concern both for the West and Afghan’s neighbors.

For China, the US withdrawal is a mixed blessing. While Chinese state media reveled in how the “two-decade American project in Afghanistan crumbled,” Beijing was concerned that boosted Islamist terrorist groups would target the ambitious infrastructure projects it is rolling out westward across Eurasia. Moreover, the soaring Chinese presence in Pakistan has attracted terrorist attacks from radical groups, especially the Pakistan Taliban.  In April, the TTP narrowly missed the Chinese ambassador with a car bomb outside his hotel in Quetta, Pakistan

For China, “it’s a security-first concern in Afghanistan. Everything else follows far behind,” said Dan Markey, a senior research professor at the Johns Hopkins School of Advanced International Studies. “The threat of the movement of people, ideology, trained fighters — that is what is top of mind.”