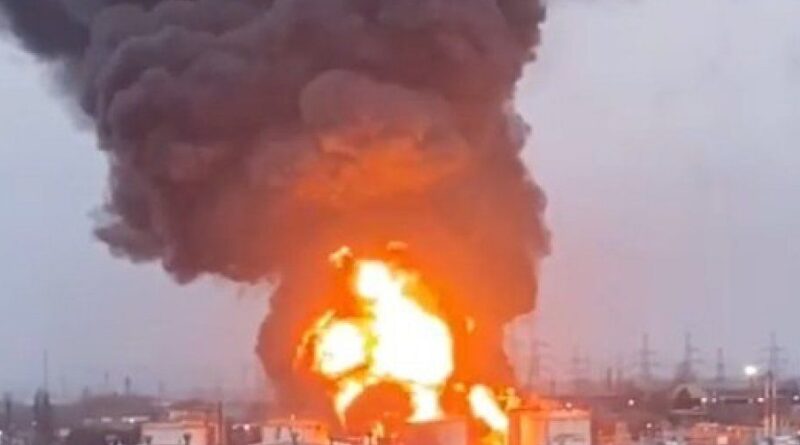 DEBKAfile’s sources name the Russian units pulled back from the Kiev sector north of the capital as the 35th and 36th Combined Arms Armies divisions and the 76th Air Assault Division. Contrary to the Western playdown of this pullback, our sources report that these elite units are regrouping across the border in Belarus. Russian forces posted opposite Chernihiv and Sumy are also showing signs of beginning to move out. The Russian army appears to be diluting its forces in the Kiev sector owing to heavy losses under the Ukrainian counter-offensive, leaving the Russian contingents short of the numbers to carry through its assault on Kyiv.

This does not necessarily mean that the Russian generals have given up on this operation; their artillery continues pummel the outskirts. And refugees from Kyiv planning to return home were advised to wait a while since more fighting lies ahead.

Meanwhile, on Friday, Ukrainian forces were able to push Russian troops out of their positions in the northwest region, where they were threatening to cut the E-40 highway linking the Ukrainian-Polish frontier through Lviv to Kyiv.

On the Russian home front, Defense Minister Sergei Shoigu tried to stimulate the stack response to the Spring Conscription Drive for two drafts by pledging on Friday, April 1 that “conscripts will not be sent to any hot spots.” The new draftees already in place would be sent home at the end of their term of duty, he added. Extensive draft dodging has drastically reduced the projected new draft numbers of 135,000. Many claimed they were enrolled for university study as a legitimate excuse to stay out of uniform.

That same Friday saw Ukraine’s first military operation on Russian soil in response to the invasion. According to the defense ministry in Moscow, two Ukrainian helicopters struck a fuel depot in the Russian city of Belgorod, 35km from the Ukraine border, after entering Russian airspace at an extremely low altitude. Ukrainian officials denied the claim, but Kremlin Spokesman Dimitry Peskov commented “Of course this is not something that may be perceived as conducive to comfortable conditions for the continuation of negotiations.” (He was referring to the ongoing talks in Istanbul.)

President Vladimir Putin appears to have some serious domestic concerns as well as unexpected setbacks on the Ukraine front. On Friday, he called a special meeting of his national security council to discuss “averting and neutralizing international security threats.” No information was disclosed about this meeting, although some sources predict that Putin was preparing another surge of top Russian army and intelligence commanders over the way the military operation in Ukraine was panning out.

The UN has meanwhile notched up to a total of 4.1 million the number of refugees who have fled Ukraine since the Feb, 24 invasion.