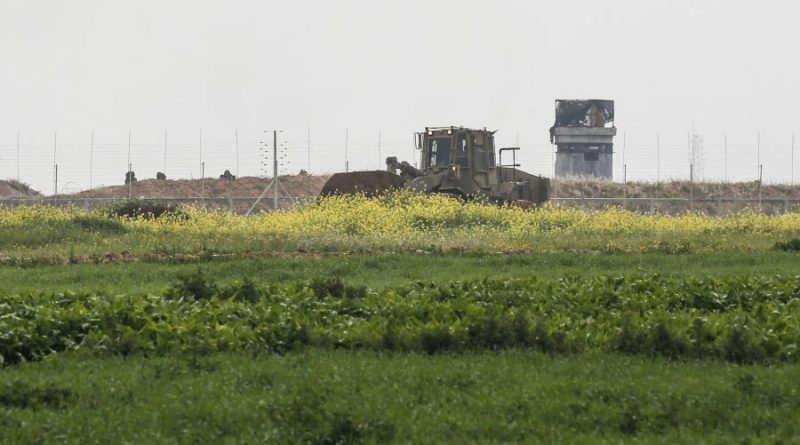 The rockets came as a sequel to an incident that morning, in which two Islamic Jihad terrorists were caught planting a roadside bomb for an Israeli border patrol and shot dead. The firefight began when the IDF unit and Jihad raced each other to collect the bodies. The soldiers withdrew with one of them. The Palestinian terrorists vowed to punish Israel for this incident. Iron Dome batteries were accordingly posted during the day at strategic points around the Gaza Strip.

As is their wotn, Israel’s top defense and military officials thereupon met at national defense headquarters in Tel Aviv, led by Prime Minister Binyamin Netanyahu, Defense Minister Naftali Bennett and Chief of Staff t. Gen. Aviv Kochavi. Their options were complicated. With a general election just days away and a caretaker government due to bow out for a new administration at a future date, launching a full-dress war offensive Gaza was not on the table. At the same time, letting the Islamic Jihad get away with its provocation was not an option.
However, most of those present generally favor avoiding a full military confrontation in Gaza and prefer to address the recurrent Palestinian aggression by non-military means. This near-consensus came to the fore earlier, when it was revealed that Mossad Director Yossie Cohen and the head of the IDF’s Southern Command Maj. Gen. Hertzi Halevi,  had just paid a secret visit to Qatar to ask the emir to continue shelling out a monthly $25m cash allocation to the Hamas rulers of Gaza as a powerful incentive for them to maintain calm rather than constant terror.
Secret foreign trips in the region are nothing new for Israel’s Mosad chiefs, however never before has a serving Israel general been known to visit an Arab state. That alone was a measure of how far the Netanyahu administration was ready to go  to bring to fruition the long-term truce with the Palestinian Hamas which is in advanced negotiation with Egypt’s mediators.

For Jihad and its Iranian backers, any deal for suspending anti-Israel violence is anathema. And they lost no time in using the current precarious situation both to undermine Hamas and hit Israel.

51 thoughts on “After heavy rocket barrage from Gaza, Palestinian Jihad swears to retaliate for any Israeli reprisal”