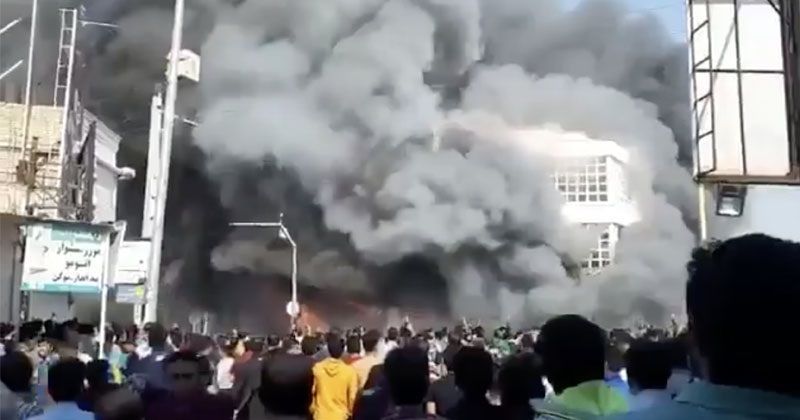 As the clamor of protest began to fade on the streets of 100 Iranian cities, including Tehran the capital, supreme leader Ayatollah Ali Khamenei needed to make up his mind on what next.

For four days, Iranians vented their fury over the government’s decision of Nov. 15 to slash petrol quotas for cars and boost fuel prices by 50pc. More than 120 people were reported killed in the crackdown.

By Thursday, officials, claiming calm was restored, partly reconnected the internet after shutting it down to stifle the unrest. The Islamic regime in Tehran was evidently breathing a sigh of relief, after Iran’s security forces, Lebanon’s Hizballah and Iraq’s Shiite militias had managed to damp down the fires of unrest in all three countries by a strategy they defined as “a combination of soft and hard force” against the protesters. The Revolutionary Guards Corps (IRGC) cracked the whip over all three centers of disaffection.

As far as Khamenei is concerned, and his main props of power, the clergy and the IRGC, the fuel riots and the violent popular demonstrations in Iran and the Shiite communities in Lebanon and Iraq were not spontaneous, but deliberately contrived by the secret services of the United States, Britain, Israel and Saudi Arabia

With the worst of the unrest behind him, Khamenei must decide what next for his country. The options before him are:

1. To use the success of the Islamic regime and its partners in suppressing the outbreaks as leverage for opening negotiations with the Trump administration from a position of strength.

2. To step up aggression on American and allied interests in the Middle East.

Judging by a former precedent, Khamenei may decide to go back to the table with the US, after all. In 2009, while the bloody riots sweeping Iran over a fraudulent presidential election were still active, the regime accepted a deal for sending 1,200 kgs of low-enriched uranium to Russia and France for processing into fuel for the Tehran scientific research reactor.

At this point, Khamenei is well placed for a decision on whether to halt or slow down Iran’s phased withdrawal from clause after clause of the nuclear accord signed with six world powers in 2015. He could gain ground by offering to de-activate the underground uranium enrichment plant at Fordow or the heavy water reactor at Arak.

Iran’s de facto ruler may also be swayed by President Donald Trump’s difficulties on the principle that it is easier to drive a hard bargain for concessions with a US president at a low point than with one who is riding high.

On the other hand, given his conviction that the CIA was behind the unrest, Khamenei’s urge for revenge may kick in and take the form of punishment for US interests or allies before sitting down for talks. This may also partly explain the recent rise in Iran’s aggressive actions against Israel. Furthermore, Tehran will feel obliged to hit back for the Trump administration’s decision to pump up the flow of US forces to Saudi Arabia, including fighter squadrons and air defense batteries, to the 3,000-troop level. One of Khamenei’s standing goals is the reduction of US troops in the Gulf lands around his country. And so, if he goes for the second option, he may prefer to act as soon as feasible.