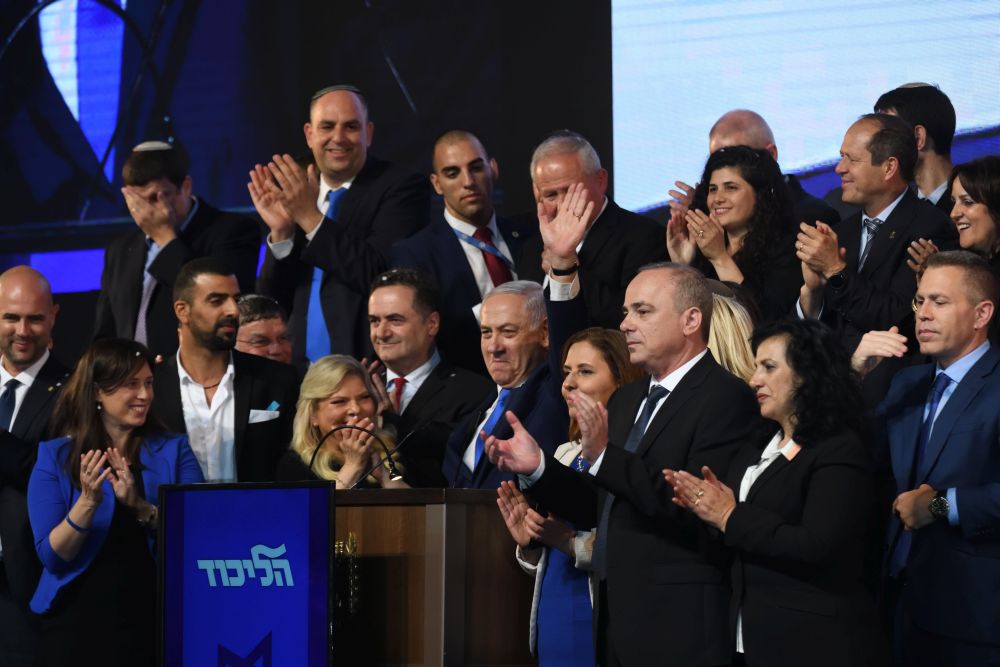 Blue-Right party leader Benny Gantz commented on Wednesday, April 10: “The skies are bleak, but this is not yet final.” This comment was a far cry from the joyous victory celebration he celebrated the night before as “Israel’s next prime minister” amid hugs and linked arms with his three partners, Yair Lapid, Moshe Ya’alon and Gaby Ashkenazi.

Blue-White, which tied with Likud at 35 seats apiece, still appeas to believe that the government coalition, for which Binyamin Netanyahu can count on a majority of 65 right-wing and religious support (according to 97.3pc of the vote), will be a flash in the pan. Its leaders are sure of Netanyahu being trampled under the wheels of the three bribery cases pending against him. They are deluding themselves. Netanyahu has stated that his next administration will be long-lasting. He is relying on the law which holds any citizen innocent until ruled guilty by a court of law. Due process in his case still has a way to go. In July, the Attorney General holds a hearing for his defense arguments against indictment.

But can he carry on his onerous duties as prime minister – and possibly also defense minister – while weighed down by a court battle if the cases against him get that far? Netanyahu answered that question implicitly by the campaign he waged against a fierce legal, political, personal and media blitz against him and his family, month after month, at the end of which he was able to expand his Likud’s Knesset representation from 27 to 35 seats. His government will therefore have all the makings of a long-term, stable administration, which together with its coalition partners will have more freedom of maneuver than the outgoing Netanyahu cabinet.

One of its targets will be the High Court’s role at the head of a judicial system. Likud and its partners hold that the judges encroach too far on government and parliamentary prerogatives. Ayelet Shaked who, as outgoing justice minister, oversaw the introduction of the first conservative judges, will see her work continued by a successor, since the New Right which she founded with Education Minister Naftali Bennett has fallen short of the threshold for entering the Knesset, unless the last 3pc including the uncounted military vote comes to their rescue.

Netanyahu may not be too bothered by his lowered international image as a result of his partnership with right wing and religious elements, since similar trends are prevalent in many other democracies. However, the exact nature of Netanyahu’s fourth consecutive, and fifth overall government will emerge when Likud and its junior partners finish horse trading for portfolios and benefits.

In his victory speech, Netanyahu called the right-wing parties his “natural partners,” but pledged to be “the prime minister of all the citizens of Israel.” He will be encouraged to modify some of his partners’ extreme demands by President Donald Trump, who has shown his support for Netanyahu by the recognition of Jerusalem as Israel’s capital and the Golan as sovereign Israeli territory as well as other gestures.

19 thoughts on “After tight race, Netanyahu to lead rightist bloc to center stage for a long haul”