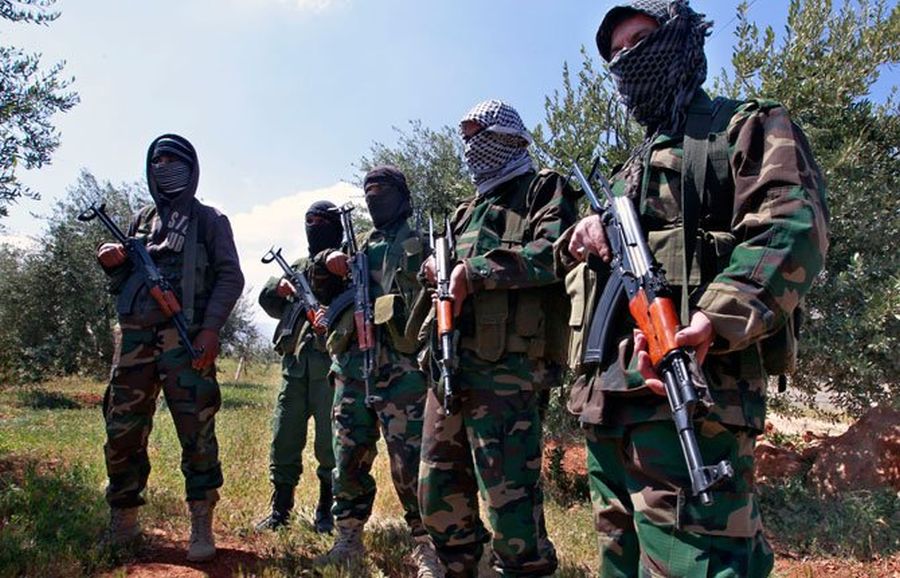 Defense Minister Avigdor Lieberman’s landing in Moscow on Thursday, May 31, was preceded by stealthy Iranian and Hizballah moves into three strategic locations facing Israel’s Golan border. Hizballah troops at the nearest point are disguised in Syrian army uniforms, in respect of the Russian narrative, articulated this week by Russian Foreign Minister Sergei Lavrov, that only Syrian government forces should stand on the Israeli border.
Lieberman held critical talks with his Russian counterpart, Gen. Sergei Shoigu, on Thursday. He was accompanied by Military Intelligence Chief Maj. Gen. Tamir Hainman and the defense ministry’s senior security adviser Zohar Palti. Those talks were more pressing than ever, given the Iranian/Hizballah rapid advance on the Quneitra region just ahead of his arrival in Moscow.
That force first took up position on the hills surrounding this Syrian Golan town at Tal Misbih, Tal Arbad, Tal Marez, Tal Ghasm and Tal Ghashim. It then split into three parts. DEBKAfile’s military sources report. One element pulled back to the Syrian army’s 10th armored division base at Qatana, midway between Quneitra and Damascus, leaving the Iranian-Hizballah command post behind at Khan Arnabah. A third element of the Iran-led force branched north to the village of Khadar opposite the IDF’s Mt Hermon outpost west of Majdal Shams. These Hizballah troops, who are posted at the closest point to the Israeli border, were disguised in the uniforms of the Syrian 4th Division and 12th Brigade. From Khadar and the surrounding mountain villages, Hizballah has a close-up overview for the surveillance of Israel’s Golan outposts and border defenses.

Although the Iranian/Hizballah force had deployed in the last 48 hours to points just a few kilometers from the Israeli border, their presence drew no response from Israeli officials or military chiefs.

A Syrian headquarters of three senior intelligence officers was set up to coordinate the Iranian-Hizballah three-point deployment with the Russian military police monitors posted in the Quneitra region. We can name them as Brig.-Gen Osama Zahr ed-Din, officer in command of Syrian military intelligence southeast of Damascus; Brig.-Gen Luay Al-Ali, whose area of command is southern Syria, and Brig.-Gen. Jihad Al Za’al, head of security commissions in the South.
All parts of the combined force are pushing ahead with preparations to launch an offensive to wrest Quneitra from the Syrian rebel militias holding the town just across from the Israeli border.