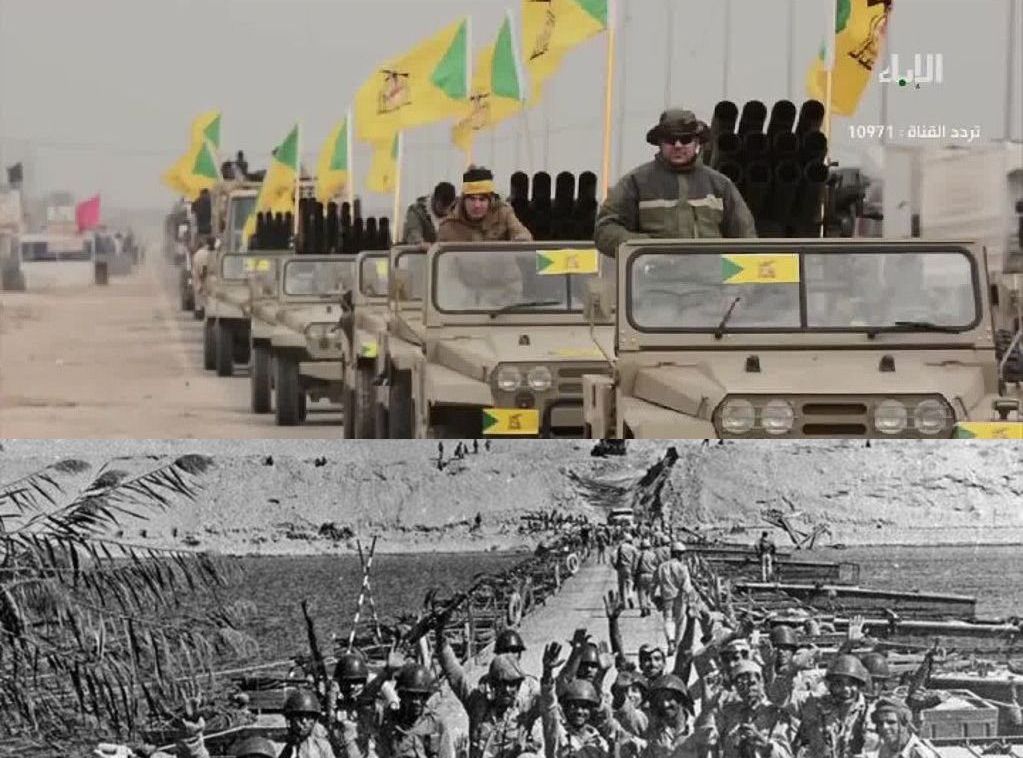 Marking the anniversary of the Yom Kippur War, Prime Minister Binyamin Netanyahu vowed never to repeat Israel’s mistake of not ordering a pre-emptive attack. Addressing a cabinet meeting on Sunday, Sept. 16, Netanyahu said that Israeli military intelligence “erred once in missing the war preparations afoot [by Russia, Egypt and Syria] and “the government erred twice by omitting to order a pre-emptive attack.” This mistake would not be repeated, he said.

However, 45 years later, in September 2018, DEBKAfile’s military analysts find Israel again missing the looming hazard of Iran’s two active land corridors between Iraq and Syria. Iranian and pro-Iranian Shiite militias are moving freely between Syria and Iraq. They are crossing the River Euphrates and passing back and forth through the southeastern Al Qaim border crossing and the Rabiya crossing in the northeast. While these movements do not hold the dramatic impact of the surprise Egyptian-Syrian invasions of 1973, they are no less dangerous in strategic terms.

In the past week, Russian media attempted to deflect attention from this critical development by highlighting a Syrian operation against ISIS: The Syrian army is dealing the final blow to the last enclaves of Daesh fighters in a desert in Central Syria between Homs, Deir ez-Zour and Damacus, they reported. “The army managed to liberate vast areas, destroy dozens of militants and shelters that were located in the rocks.”
However, Russia’s main purpose in engineering the Syrian attack was to clear the ISIS hazard from the Iranian Al Qaim route between Iraq and Syria. It also came in response to a large scale live-fire exercise conducted by the US army and its Syrian Democratic Forces (SDF) proxy in the same region up until Saturday, Sept. 15, which Moscow, Tehran and Damascus saw as a threat to their corridor from Iraq.

These corridors have become a major bone of contention over which the US, Russia, Syria and Iran are fighting, because it is the key to Iran’s solid, long-term military presence in Syria.

Although in August, President Donald Trump flipped from his insistence on pulling US troops out of Syria to a decision to leave them there for now, he may have missed the train. Attempts to shut the Iranian land bridges down at this stage will by now entail a major clash with Russian forces.

In some ways, this standoff recalls a scarcely reported situation in the Yom Kippur War: When the US and Israel discovered that the Russian ships steaming towards Egypt were carrying nuclear weapons, both hurried to place their armies on nuclear alert.  Today, with both big powers concentrating massive naval and air might in the Mediterranean and Red Sea, a big power flareup may not be far off.
For Israel, the open land bridges for Iranian and Hizballah military movements are a major security menace. It must be admitted that Israel’s repeated air and missile strikes on Iranian and Hizballah targets in Syria hardly scratch the surface. Although some arms shipments are destroyed, even the most effective bombardments and clever intelligence can’t be sure to catch every last Iranian arms consignment carried thousands of kilometers from Iran through Iraq. Some of those weapons almost certainly reach the battlefield.

Some, too, are also being delivered by sea to Syria and Hizballah in Lebanon and unloaded in Latakia and Tartus under the eagle eyes of Russian air defense crews, where Israel does not operate.

When Netanyahu vowed not to repeat the Golda Meir government’s mistake in holding back from a pre-emptive operation, he omitted to explain what was behind it. Indeed nothing much has changed from that day to the present. Then, Golda and Defense Minister Moshe Dayan were held back by concern about Washington’s response. Today too, Netanyahu understands that Israel is not free to take independent action for destroying Iran’s land corridors without the Trump administration’s approval.