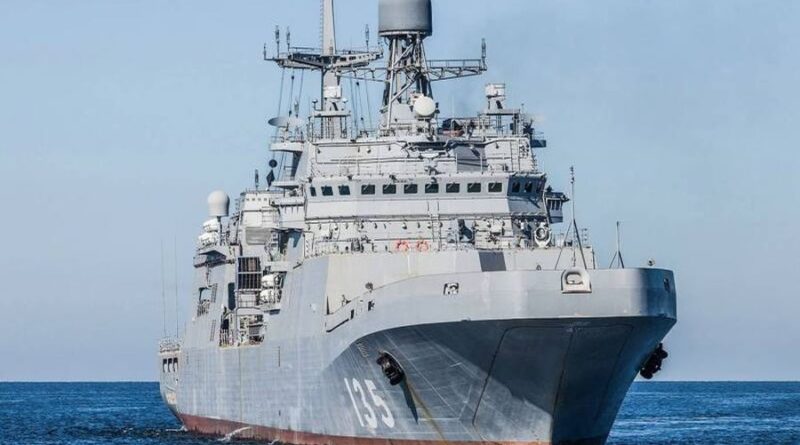 Alongside its troop buildup around Ukraine, Russia has consigned a large naval force of the Northern and Baltic Fleets to the Syrian port of Tartus. They are to drill landing an amphibious assault force on a shore and sealift troops and cargo, including armored vehicles, under the direction of Russian Navy Commander-in-Chief Admiral Nikolay Yevmenov, the Defense Ministry announced on Friday, Feb. 4. Taking part are 140 warships and support vessels, 60 aircraft, 1,000 items of military hardware and about 10,000 troops.

DEBKAfile describes this operation as bringing together the largest concentration of Russian warships and warplanes Russia has ever deployed in Syria. The naval task force is made up of the large amphibious assault ships Pyotr Morgunov, Georgy Pobedonosets, Olenegorsky Gornyak, Korolyov, Minsk and Kaliningrad, which completed its transit around Europe to arrive in the eastern Mediterranean.

Moscow terms the naval drill as aimed at protecting Russia’s national interests in the world ocean and countering military threats from the sea. Separate drills will run in the Mediterranean, North and Okhotsk Seas, in the northeastern Atlantic and the Pacific Ocean.

Currently, the ships are busy at the Russian logistic support facility in Tartus port replenishing their fuel and lubricants, fresh water and food supplies to the required level. This is the first time that the Russian military has fully activated its primary logistic facility on the Mediterranean.