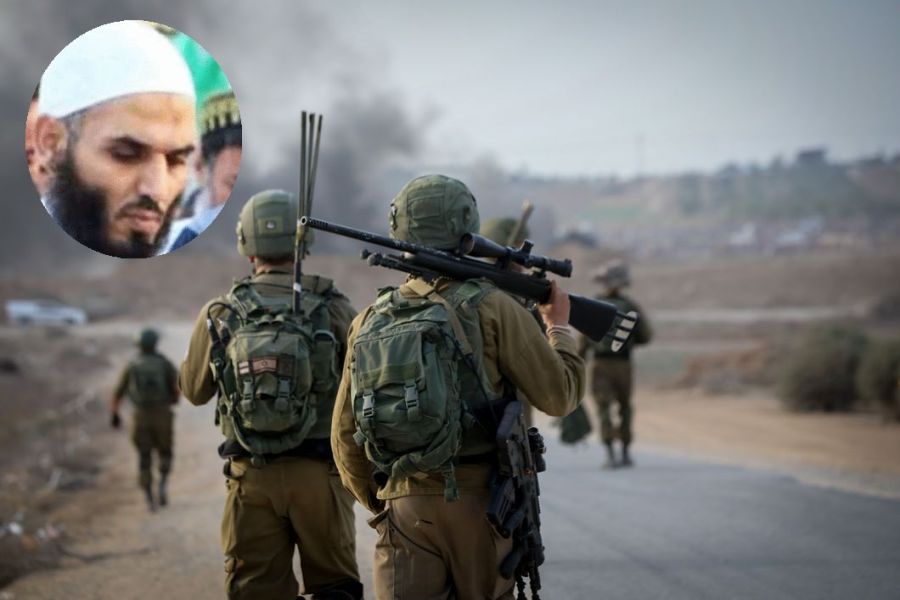 The special operations troops were extricated under air cover after a Hamas ambush east of Khan Younes, Sunday night, Nov. 11, Hamas reported seven dead, including a senior commander. The IDF force was discovered by Hamas while conducting a counter-terror operation and surrounded under heavy fire. An IDF lieutenant-colonel and another officer were killed.  The Israeli air force was sent in and bombed the sources of enemy fire to get the men out and across the border to Israel. The massive aerial bombardment was massive enough to be heard at a far distance.
Early Monday, the IDF spokesman issued the following communique: “In the course of an operation by an IDF special unit, an exchange of fire developed during which an Israeli officer was killed and a second injured [and evacuated to hospital in Beersheba]. The operation is over. The OC Southern Command ordered the roads between 232 and the Gaza border off-limits to traffic, excepting only local residents.”

Hamas released this statement: “Am Israeli army special unit entered Gaza territory driving civilian vehicles. It reached 3km deep up to the Shahid Ismail Abu Shanav east of Khan Younes. The unit assassinated Nour Barakeh, a commander of Hamas’ armed wing. After it was discovered,” said the Hamas statement, ”the Israeli air force bombed the area to cover the withdrawal of the Israeli force, causing casualties.”

To understand what happened Sunday night, it is essential to pinpoint the moment when Hamas knew about the special Israeli unit operation, say DEBKAfile’s military sources. Were the IDF troops blown the moment they crossed the border fence? Or when they reached Khan Younes? In the worst case, Hamas had an intelligence tip-off of the coming raid and had prepared an ambush along the unit’s line of retreat.

Hamas maintains a string of observation posts along the border for surveillance of the Israel side – some from towers; others hidden behind sand dunes. Now and again, highly-trained spies steal across from Gaza into Israel unnoticed and return with information on IDF military movements and the civilian activity.

One such spy was captured on Saturday, Nov. 10, after he had covered hundreds of meters up to Netiv Ha’asarah to the north of the Gaza Strip and set fire to a greenhouse. The IDF later stated “The terrorist was under surveillance from the moment he crossed the border.” There was no explanation as to why he was not apprehended before he had time to roam free, because this kind of spying has been going on for some months without being brought to the public notice.

During nearly 8 months of border clashes between the IDF and Hamas and other Palestinian groups, these terrorists have had a chance to closely study Israel military practices, responses and norms, and learn how to counter them, whether in border clashes or in raids inside their territory in the Gaza Strip. The violent disturbances of tens of thousands of Palestinian rioters going on week after week were far from demonstrations by a needy population; they were craftily designed to understand the Israeli enemy they have sworn to destroy. What happened on Sunday night was the result. The writing had been on the wall from April