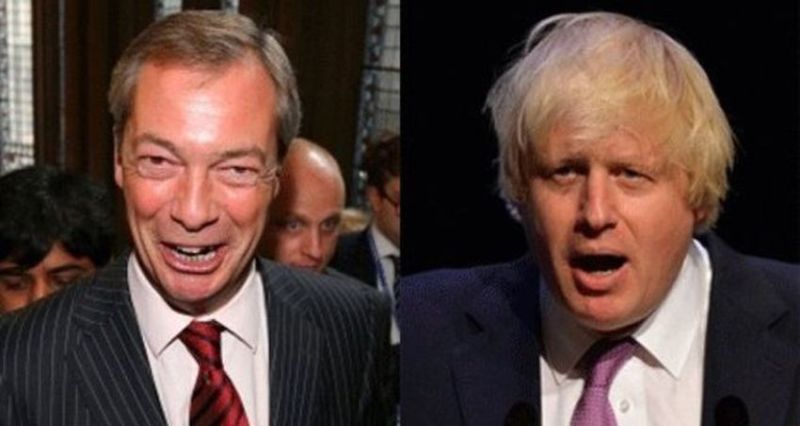 Nigel Farage, the first crusader for Britain’s exit from the European Union, is getting set to contest the premiership after his Brexit party led the European parliament elections this week. Former Trump adviser Steve Bannon said on Monday May 27 that he saw his close friend Farage as running to be prime minister later this year, after his “stunning victory” of 31.6 percent of the European vote.

Bannon spoke from a hotel in Paris. Since leaving the White House in August 2017, Bannon has been trying to forge links between the far-right parties of Europe.

Farage will first test his Brexit Party’s strength on home ground with a candidate in the June 6 byelection at the eastern town of Peterborough. “If he wins that seat and they have a member in Parliament.” Bannon commented “… I think Farage is set up to be quite competitive to be prime minister of England in the fall of this year.”

Bannon’s comments may be designed to convince the British voter that Farage is closely supported by President Donald Trump, and therefore the best candidate for restoring the trade ties and the special intelligence relations which the UK used to enjoy with Washington. Such traction would put the UK back on its feet after too many depressing years of downturn manifested finally by Theresa May and her failed Brexit deal with the EU. However, the truth is that Farage is no longer a Trump favorite. He enjoys the friendship and support of Steve Bannon. But two years ago, Trump dispensed of Bannon’s services as White House Chief Strategist because he does not subscribe to his rightist nationalist ideology. The president would not want to see London being remade as the European hub for that political philosophy.

And so, Trump made sure that Boris Johnson, leading candidate for next Conservative prime minister, was the only British politician invited to a private dinner during his state visit to the UK in the first week of June. They already have warm ties and Trump was especially pleased with Johnson’s pledge to conduct a no-deal Brexit policy if he becomes prime minister. The Trump administration intends to negotiate a substantial new trade deal with Britain as soon as it burns its ties with Europe.

May’s successor faces challenges which go beyond Brexit’s consummation. The chaos and uncertainty left in its wake – and not just on the economy – cannot be fixed overnight, especially after years of decay and neglect.

Suffice it to note the steep decline in British military strength. Much of the blame belongs to Tony Blair who led a Labor government way back in the 90s and early millennium years. The modest British army was ground down after joining the US invasion of Iraq in 2003.

Then, in 2013, May’s Conservative predecessor David Cameron failed to gain Commons backing for military action in Syria and so, for the next five years, the British army sat idle in its bases without taking part in important operations on any of the active war fronts led by the US army.

The once fabled British intelligence arms, MI6 and Mi5, are in no better shape. This became evident in their botched handling of the Russian GRU’s attempt to murder Sergei Skripal and his daughter with Novichok poison in Salisbury in March 2018. An innocent civilian Dawn Sturgess paid with her life and four others were injured; a city was terrorized and millions of pounds-worth of property damaged in this affair.

The handling of this crisis coupled with PM May’s indifference revealed that something was badly amiss in UK’s spy agencies. More recently, May equivocated in the face of serious concerns voiced by intelligence officials about the Chinese Huawei’s involvement in Britain’s prospective 5G network. She ignored the fact that Britain’s fellows in the Five Eyes intelligence community have severely restricted Chinese access or banned it altogether.

The City of London, long a bustling center of global trading and finance, is fading, as world banks and corporations move out to other European financial hubs.

These downward spirals were woefully exposed during May’s unfortunate steps to gain approval for her Brexit deal. It has left her successor with no visible way forward out of the mess.

Farage and his new party are offering radical change although they are untried in government. The Labor opposition under Jeremy Corbyn has little credibility with the British voter. If Farage does make it to 10 Downing Street, Britain can expect to be shaken by a major earthquake that will send tremors across Europe. The country he proposes to rebuild on the ruins of the old Britain is likely to be a far cry from what it was before.