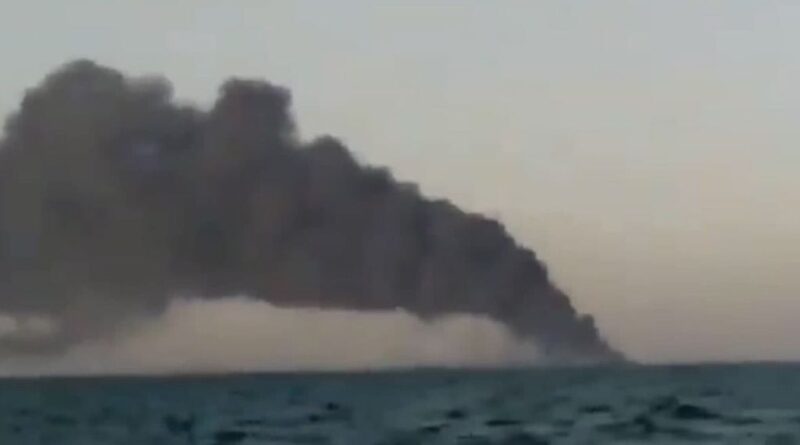 An Israeli cargo ship was on fire in the northern Indian Ocean on Saturday, June 3, after a possible attack with “an unknown weapon,” the Hizballah-linked Lebanese Al-Mayadeen network reported. The fire was said to have broken out when the ship was en route to the United Arab Emirates from the Saudi port of Jeddah, where the ship was docked, The report, which could not be independently confirmed, cited a “reliable source.” The ship, CSAV Tyndall formerly owned by Eyal Ofer, a private Israeli businessman. There was no word on the purpose of the vessel in the Saudi port.  Israeli sources presume the attack was carried out by Iran, causing minimal damage and no casualties.

A source at the Zodiac shipping company owned by the Israeli businessman Eyal Ofer later denied ownership of the vessel. Speaking to Reuters, a company official stated that the CSAV Tyndall had been sold after one of the company’s cargo fleet had been attacked by Iran some months ago. If Iran was responsible for this latest attack, it hit the wrong target.