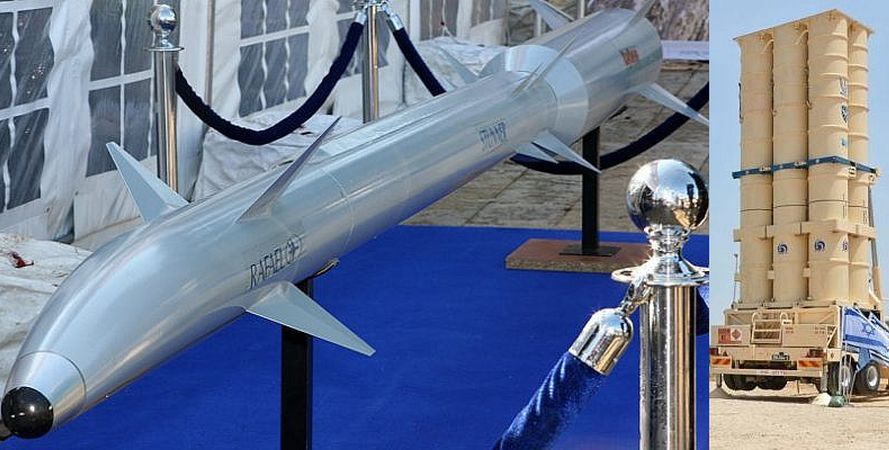 Two missiles of the David’s Sling cutting-edge air defense system were launched against Syrian SS-21 missiles on Monday, July 23. One landed in Syria; the other one self-destructed. Both missed their targets.
The IDF spokesman eventually came clean about what happened to the David Sling on its maiden combat mission – but only in dribs and drabs. The Syrian missiles targeted by the Israel interceptors did not actually cross into Israel. The built-in mechanisms of the two interceptors already in flight were ordered to self-destruct. Only one did. DEBKAfile’s military sources note that it is normal practice for an army, after a top-line weapon on its first operational mission falls on enemy soil intact – or even in pieces – to act fast for sterilizing the drop-site with heavy aerial or artillery bombardment. This enables a salvage team to move in and retrieve the weapon and is what an American or Russian army would have done.
IDF behaved differently for four reasons.
1. The David Sling’s launch team may not have discovered the location of the drop site.

By now, the first David’s Sling missile to go into action is almost certainly being studied avidly by Russian and Syrian intelligence engineers. It is only a matter of time before its secrets reach the hands of Iran and Hizballah. This loss is therefore a gave setback for Israel’s air defense system and intelligence which is also shared by the US.
This two-stage missile, developed jointly by the Israeli defense contractor Rafael Advanced Defense Systems and the American Raytheon, is brand new, having entered service only two years ago to fill the gap in Israel’s multi-tiered missile defense arsenal between the Iron Dome for short-range operations and the Arrows which are designed to stop long-range ballistic missiles. David’s Sling is built to intercept a variety of missiles ranging between 40 and 400km, including cruise missiles at low speed. Consisting of a solid-fuel rocket motor booster, it has speeds of up to mach 7.5. or 5,754 mph, and is armed with topline radar and electro-optical systems. David’s Sling missiles are worth $1m apiece. This anti-missile missile was assigned by US and Israeli planners to replace the Patriot PAC-2 in the Israeli arsenal.

The most urgent task now is to ascertain what know-how the Russians and Syrians have been able to extract from the missile in their hands, before determining how David’s Sling should redesigned and any glitches revealed in its first performance corrected before it is restored to service.