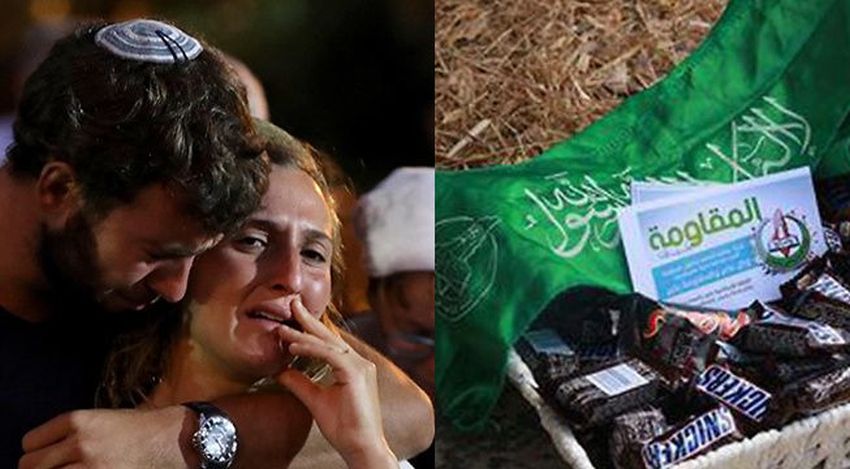 After 24 fruitless hours of scouring through the Palestinian villages around Gush Etzion, the hunt for the killers of the Israeli soldier Dvir Sorek on Thursday, Aug 8, was handed over to intelligence agencies. That night, the thousands of mourners attending his funeral at his home community of Ofra, were treated to victory firework displays at neighboring Palestinian villages, while exultant masked students at Bir Zeit University near Ramallah handed out candy to passersby in celebration. The collective joy evinced by Palestinians to the murder of the young Israeli soldier, there and across social media, without a single word of condemnation, was the answer to the critics at home and abroad of the “collective punishment” meted out by Israel by roadblocks and lockdowns of suspect Palestinian districts.

The first responses of Israel’s security authorities raise questions. How come they were unable to trace the car used by the terrorists to grab their victim, stab him fatally and then drop him by the side of the road leading to Kibbutz Migdal Oz in Gush Etzion? The cameras covering the scene should have helped the Shin Bet investigators to at least identify the killers’ vehicle. The car also left clear marks on the road of a fast U-turn when they sped away. If they had torched the vehicle as Palestinian terrorists have done before, the charred remains would have been found nearby. Therefore, the attackers had either prepared a hideout for the vehicle in advance; or else they drove it to one of the places near Bethlehem which specialize in chopping up a stolen car in no more than 10 minutes. Either option would attest to the Israel soldier having fallen into the hands of a well-organized Palestinian terrorist cell that had set up the operation in detail under the radar of the Israeli Shin Bet and Palestinian security authorities in Ramallah.

The Israeli searchers lost precious time by assuming that Dvir Sorek had been kidnapped before he was murdered. They therefore focused on catching the perpetrators in the nearby villages of Beit Fajar and Beit Inun before they killed again. Because other theories were ruled out until later, they missed collecting forensic evidence when it was still fresh close by where the body was found. It had meanwhile been trampled underfoot by the troop reinforcements.

The body was discovered, furthermore, no more than 100 meters from the gate of the Kibbutz and the camera fixed overhead which covered that distance. If someone on guard duty had monitored the footage in time, Dvir Sorek’s body would have been found and the chase for the killers begun that much sooner.
.