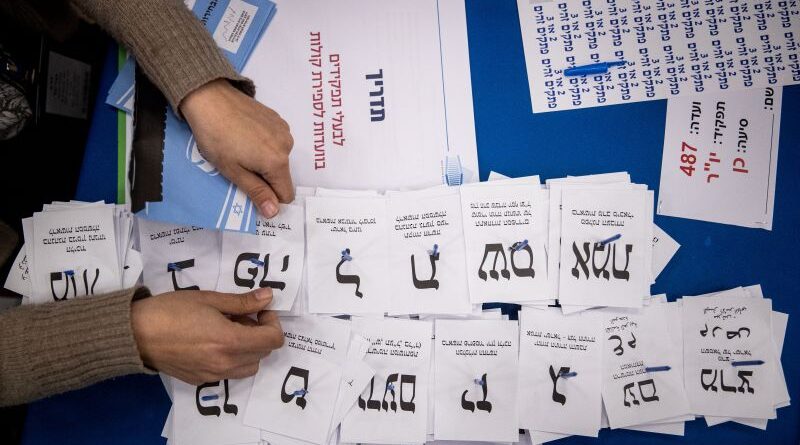 The two rival groupings are marooned between 59 and 57 with a tiny Arab party holding the balance of a 61-majority, according to the final results of Israel’s fourth election in two years that were published Thursday night, March 25. PM Binyamin Netanyahu’s Likud leads with 30 seats compared with its closest rival. Yair Lapid’s Yesh Atid with 17. Both must round up enough members of 11 ill-assorted, squabbling, incompatible factions to build a government coalition.

This process is bedeviled by petty politics and personal issues. Netanyahu is closer to the finishing line, since Likud and the religious parties (Shas -9, Torah Judaism – 7 and Religious Zionism – 6) constitute a solid bloc of 52. With Yemina (7), he could command a realistic 57 – still 3 short of the magic 61.

His rival, Lapid, will have his work cut out to carve some 10 ill-matched factions into a majority government for change. These factions have little in common except for their loathing of Netanyahu and determination to unseat him. They range from right-wing Gideon Saar’s New Hope (6), Avigdor Lieberman’s Israel Beitentu (8) Benny Gantz’s Kachol Lavan (8), left-wing Labor (7) and far left Meretz (6).

The Arab parties (6) may count against Netanyahu but are not in Lapid’s camp either, although he lumps them in his grouping. Arab politicians have by and large stood ideologically aloof from Israel’s national politics and its government. But the outcome of this election has for the first time given them the key to determining the winner. Certainly, the four seats won by Masoud Abbas’ Ra’am, which broke away from the Joint Arab List, after talks with Netanyahu, have turned to gold. However, Religious Zionist leader Bezalel Smotrich has declared he won’t serve in any government that is supported by Ra’am.

Tough coalition negotiations are already in motion. They promise more of the most reprehensible exercises in petty politics and personal trashing. Stable government is still had to see. A fifth election is no longer mentioned as a joke.

As their first task, two of Netanyahu’s most vocal opponents, Lieberman and Saar, propose to burrow under the process with a bill designed to disqualify him as prime minister over his ongoing trial for corruption. To achieve this they need a vote to oust the Likud Speaker.

The 120 newly elected lawmakers would serve their country better by sitting down and thrashing out reforms for an electoral system that consistently produces instability and skews governance.

After the Central Elections Committee publishes the official results, next Wednesday, the ball passes to President Reuven Rivlin whose job it is to select, in consultation with faction leaders, he Knesset member best fitted to establish a stable government. Some political observers are calling the deadlock produced by the election Israel’s most serious political crisis.