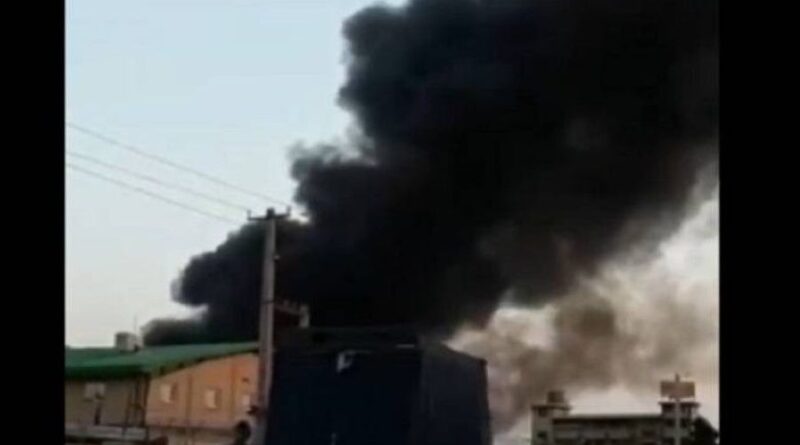 The IRGC-linked Tasnim News Agency reported that a fire erupted on Monday, July 5, at a factory or warehouse near Karaj City, 40 km north of Tehran. It occurred at  the industrial center for a range of facilities connected to Iran’s nuclear program. No details were provided about the damage caused or the function of the site enveloped in flame.

Also near Karaj City, an explosive-laden UAV, on June 23, reportedly hit a facility reputed to manufacture centrifuges for enriching uranium.  Iranian sources clamed that the attack was thwarted without causing major damage. However, satellite images, including photos from the Israeli Intel Lab, later exposed a large hole at the rear of the building through which an expanse of scorched floor was visible.

DEBKAfile’s Iranian sources note that various Iranian facilities have in recent weeks been beset by a series of large fires. Some burst out again shortly after they were dowsed. Western intelligence agencies estimate that many were caused by sabotage attacks.

One such blaze broke out on May 8 at the entrance to the southern town of Bushehr, the site of Iran’s nuclear reactor. Its operation was disrupted for some days. Then, a week ago, two shipyards working on vessels of the Iranian Revolutionary Guards\ fleet were set ablaze by huge fires – one is located on the island of Qeshm in the northern Gulf and the other at Bushehr port. Altogether 30 deaths were reported in those mystery fires.