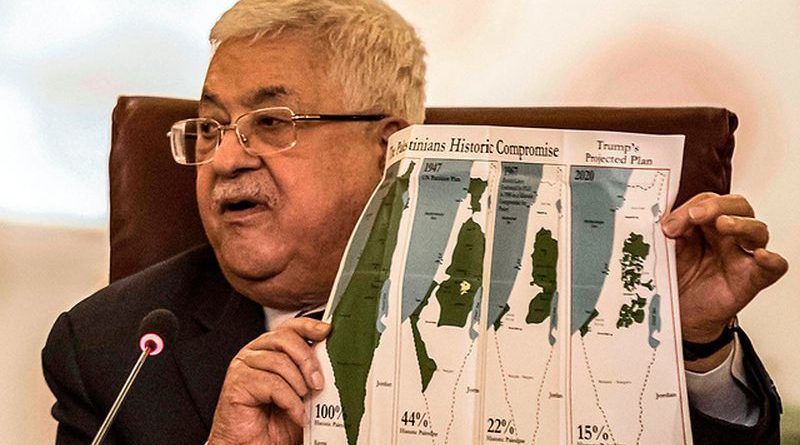 Arab League foreign ministers rejected President Donald Trump’s Israel-Palestinian peace plan at an emergency meeting in Cairo, on Feb.1, called by the Palestinian leader. They said “it does not satisfy the minimum rights and aspirations of the Palestinian people” and warned Israel against “implementing it by force.” The US and Israel will be responsible for the consequences of Israel annexing any part of the West Bank. The closing statement said that the Arab countries “will not engage with the US on the plan” and will not cooperate with the Trump administration in its implementation.”

Sources in Cairo add, however that the Arab foreign ministers were not of one mind on this statement. Some of them pointed out that the Trump plan contained some positive elements and it should not be summarily rejected but rather the subject of negotiations..

President Trump and the plan’s co-authors, senior adviser to the president Jared Kushner and Jason Greenblatt, did not expect all Arab governments to buy the new Israel-Palestinian peace plan as a seamless, non-negotiable product, but rather as a framework with movable parts.

What the White House tried to achieve with the plan’s formal unveiling on Tuesday, Jan. 28, was: –

The UAE, Oman and Bahrain sent their ambassadors to the plan’s formal presentation at the White House. And the foreign ministers’ communique fell short of going all the way to meet the all-or-nothing demand from Ramallah: “Tell the Americans, ‘What the Palestinians accept, we accept. And what the Palestinians reject, we reject.’” This demand was laid down by Hussein a-Sheikh, the Palestinian minister in charge of interrelations between the Palestinian Authority and Israel. Therefore, from Washington’s point of view, the Trump plan could have fared worse than it did in Cairo on Saturday.
To that end, Trump’s “peace envoys” went out of their way to pour cold water on Prime Minister Binyamin Netanyahu’s eagerness to immediately announce the extension of Israeli sovereignty to all Jewish settlements in Judea and Samaria, as provided for in the new peace plan. Those envoys, led by Kushner, explained that a unilateral Israeli move for large-scale annexations would shut the door against negotiations, which were likewise an integral element of the Trump plan. Therefore, it is to be expected that the Israel chapter in this plan will be open for dialogue like all its other sections.

Meanwhile, following intense discussions between Washington and Jerusalem over the timing of the annexation process. The Americans urged its delay until after Israel’s general election on March 2. The upshot of these talks is that the Netanyahu will have to be satisfied for the moment with a token step, such as extending sovereignty to one place. The small town of Maale Adummim, east of Jerusalem, tops the list.