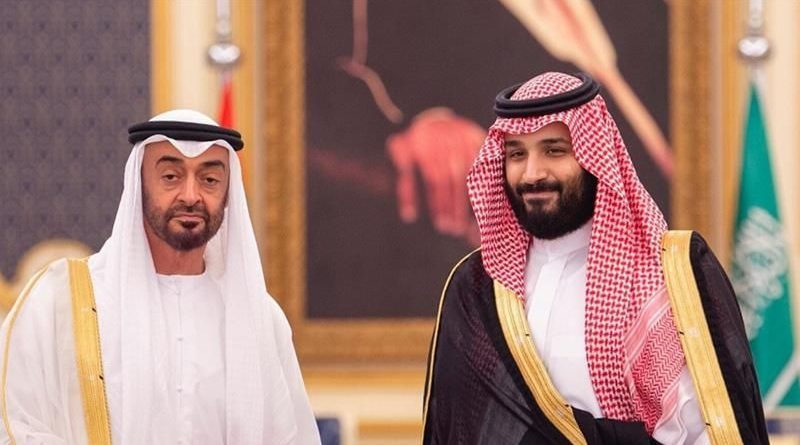 The Arabs’ first knee-jerk reaction to the Trump peace plan was telling, although the Arab League foreign ministers were called into session on Saturday, Feb. 1 to issue a clear collective response. Still, it is worth noting, that aside from the total rejection of the plan by Palestinian leader Mahmoud Abbas and King Abdullah of Jordan, the Arab response was by and large fairly laid back and the Palestinian street, unlike its leader, was pretty offhand if not cynical.

The foreign ministers are, therefore, unlikely to line up firmly behind the Palestinian leader’s total rejection of the Trump vision – if only to avoid going directly up against the US president at a moment when their own concerns override the Palestinian issue. Their main considerations are therefore as follows:

1. President Donald Trump, author of the new plan for resolving the Israel-Palestinian conflict, may be re-elected for a second term, so it would not be smart to antagonize him.

2. Iran looms menacingly over many Arab nations, including the largest, Egypt, as well as the richest, the Gulf emirates. They all live in fear of Tehran’s expansionist urge impinging on their national security. And so, although still smarting over America’s non-response to Iran’s Sept. 14 attack on Saudi oil, they are all forced to acknowledge that no one but the US can offer them protection.

3. The US shells out to Egypt and Jordan together some $3bn in annual assistance.

4. The Arab world, once fixated on the Palestinian issue – up to and including a collective oil embargo in 1973 – has swung away – certainly with regard to the US and even towards Israel, since many maintain almost open military, intelligence, technological and economic ties with Israel. While Oman, Bahrain and the United Arab Republic sent their ambassadors to the unveiling of the Trump vision on Jan. 28, the two most prominent absentees were Egypt and Jordan, which also happen to be the only Arab states to have signed peace treaties with Israel.

Egyptian President Abdel-Fatteh El-Sisi is weighed down by major challenges and fighting to stay afloat. Contrary to the image he projects of stability and security, his regime is constantly battered by hostile domestic forces, chiefly the Muslim Brotherhood, which he unseated in a coup, and the Islamic State which his army has been fighting since he took office.

El-Sisi is also committed to a proactive role in the Libyan conflict, both to hold ISIS back from Egypt’s western border and to contain Turkey’s military intervention. Turkey presents a dual threat to Egypt as the leading supporter of the Muslim Brotherhood and by dint of President Recep Erdogan’s drive to control the oil and gas reserves of the Mediterranean region. El-Sisi is beset, thirdly, by acute economic straits. He relies heavily on American, Saudi and Emirati cash to sustain his army, the main buttress of his regime.

In view of these troubles, the Egyptian president has no time for the Palestinian leadership in Ramallah and prefers to focus on the Gaza Strip, where the Palestinian Hamas, a terrorist offshoot of the Muslim Brotherhood in his backyard, must be constantly watched and kept under firm control.

In any case, El-Sisi has concluded that the peace plan trumpeted in Washington is a passing episode of the Trump and Netanyahu’s campaigns for re-election and, even if he is wrong, it can’t do Egypt much harm.

The Jordanian king’s predicament is much trickier. Although the peace plan leaves him with a role on Temple Mount in Jerusalem, it widens his rift with the Trump administration, because it tops up the threat to his throne constantly posed by the Palestinians who make up half of Jordan’s population. Abdullah is deeply frustrated by the downturn of his strategic impact in recent years on events in neighboring Iraq and Syria. The rise of a Palestinian state on his western border would further squeeze the kingdom, and the $50bn bonanza pledge for the new entity further accentuates the kingdom’s deep economic plight which teeters on the brink of bankruptcy.

Unlike the Egyptian ruler, who is careful to avoid putting up backs in Washington, notwithstanding his differences with Trump, Abdullah has in the past two years tangled with him. By refusing to go along with the peace plan, withholding even qualified approval, he further deepens the rift between Amman and Washington. This in the long run could heighten the peril to his throne, especially if Trump wins another four years in the White House.

The Saudi ambassador’s empty chair at the White House unveiling ceremony was a surprise. After all, the kingdom’s strongman, Crown Prince Mohammed bin Salman (MbS), has forged active military, intelligence and tech ties with Israel and, in private conversation, he frankly espouses recognition of the State of Israel. Furthermore, his father, King Salman bin Abdulaziz, assured the Palestinian leader Mahmoud Abbas, who declared war on the plan: “We are with you.”

The Saudi royals, by stepping away from the Trump plan, may be showing their disfavor for the US president’s failure to stand up for them, when they suffered a severe beating from the West over the Kashoggi affair.

In contrast, the ambassadors of the United Arab Emirates, Oman and Bahrain showed up at the White House ceremony, not just in token of their ties with Israel, but even more, out of a strong sense that without the Americans, they will face the neighboring Iranian menace alone and with their backs to the wall.