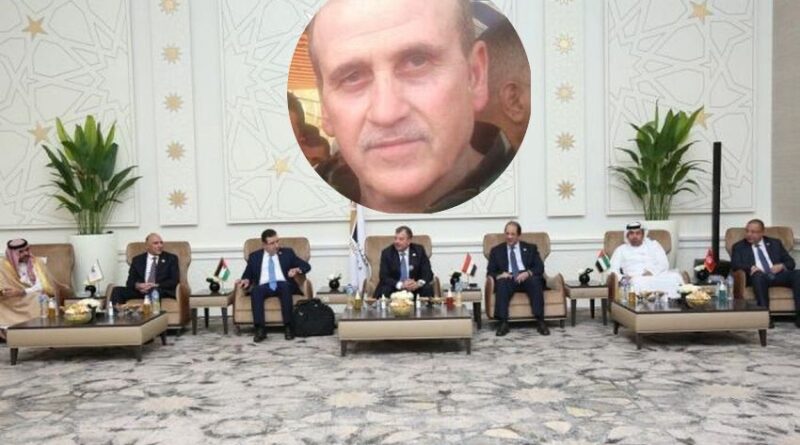 A group of Arab intelligence directors got together for a secret rendezvous in Cairo last week, DEBKAfile’s sources reveal. The project was initiated by the US CIA and Egypt’s president Abdel Fateh El-Sisi. Prominent as a special guest was Syria’s Maj. Gen. Hussam Luka (see photo), who is currently President Bashar Assad’s favorite intelligence persona.

The meeting kicked off the foundation of a club of Arab intelligence chiefs to be followed up in the coming months.
Although the Americans were involved, Israel was not given a look-in on the project. Its initial purpose, our sources reveal, was to bring together the head of Saudi General Intelligence Khaled Al-Humaiden and his Syrian counterpart, after a decade-long disconnect. It signaled a step towards mending the rift between the royal house in Riyadh headed by Crown Prince Muhammed bin Salman and the Bashar Assad regime over the atrocities committed by the latter in Syria’s bloody civil war.

The Syrian dictator is clearly emerging from the role of pariah he held in the Arab world and his return to the fold. Last Saturday, the United Arab Emirates foreign minister Sheikh Abdullah bin Zayed visited Damascus. He was closeted for some hours with Assad, and then flew to Amman to meet with Jordan’s King Abdullah. There is talk in Arab capitals of inviting the Syrian president to the next Arab summit taking place in Algiers in March 2022.

Clearly underway is an Arab-US move to restore the Syrian ruler to the role he held prior to the outbreak of the 2011 civil war. The Iranians are likely rubbing their hands in glee over their ally’s return to Arab good books, without him being forced to abandon their alliance. The change of heart on the part of the Saudis and Emiratis is seen as signaling a shift away from the Abraham Accords which normalized their ties with Israel and aligned them against Tehran.

It is therefore worthy of note that Israel has been isolated from the ongoing inter-Arab process, advance word of which was first revealed on Oct. 11 by DEBKAfile’s Washington sources. (US shifts towards accepting Assad regime. Israel caught unawares). Its potential repercussions are still not appreciated in Jerusalem.

A State Department source put it this way: “Whereas the Biden administration is not prepared to open its arms [to restoring Assad to the Arab fold], it is definitely not averse to leaving the door open for other so do so.”

The Bennett-Lapid government still appears to be deaf to the momentous shift of ground afoot around Israel. No fresh initiatives are in sight other than the routine bashing of Iran’s military infrastructure in Syria
.