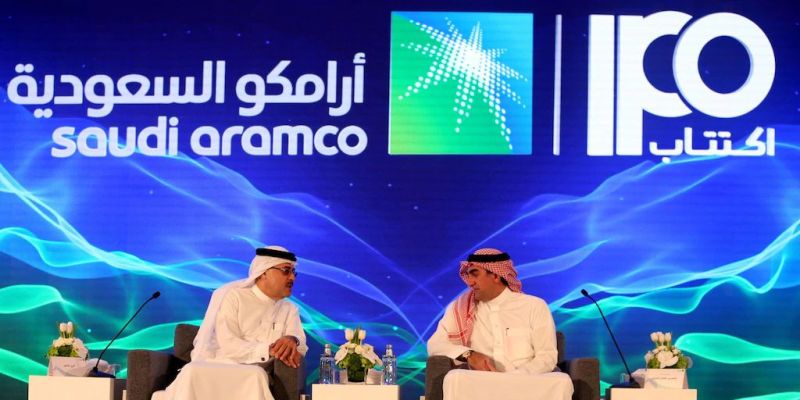 After wide billing as potentially the world’s biggest ever IPO by the world’s most profitable company, the Saudi oil giant Aramco was forced this week to issue an updated prospectus for the first public offering of 1.5pc of its shares. The more than $25bn sought for their sale was far short of Crown Prince Mohammed bin Salman’s original valuation of $2 trillion.

The prince (MbS)had envisioned Aramco shares being quickly snatched up for the portfolios of international investors. But when the big names failed to turn up, the flotation lowered its sights to local Saudis and other Gulf investors. Saudi banks then issued loans to local retail investors to buy stock, and the Aramco management decided to cancel the high-profile marketing roadshows scheduled for December across the US, Europe and Asia.

The crown prince has suffered a major letdown for his big plans and ambitious projects, the budget for which was predicated on a price of $85 per barrel of oil. In fact, crude has not been that high for five years. Brent currently trades at $61 bpd, forced downward by a glut on world markets. The bills mounting on MbS’ desk require payment for his social revolution, his plans to develop and diversify the kingdom’s economy away from oil and provide jobs for young Saudi; not to mention the billions owing Washington for maintaining US troops as the bulwark for the royal house’s security and stability against tangible Iranian threats. He also needs to come up with funds for continuing to fight the Yemen insurgency, and find money to support friendly Egypt’s Abdel Fatteh El-Sisi and his army against the Islamic State and other foes.

In short, the world’s biggest IPO, which was designed to showcase the Saudi royal house as a rich and powerful force, has instead betrayed its weakness.

Former CIA chief and general David Petraeus last week put a mind-blowing discovery into words, when he commented that Saudi Arabia (yes, Saudi Arabia!) is gradually running out of money.

This sorry comedown is shared by most members of the exclusive oil cartel, OPEC. Since 2014, most of these governments have based their budgetary policies on revenue from oil priced at $100 bpd – a case of wishful thinking trumping reality. These once-rich oil nations have spent the last five years piling up huge deficits. With supply exceeding demand, OPEC, which once dominated global oil production and pricing, is fast becoming irrelevant.