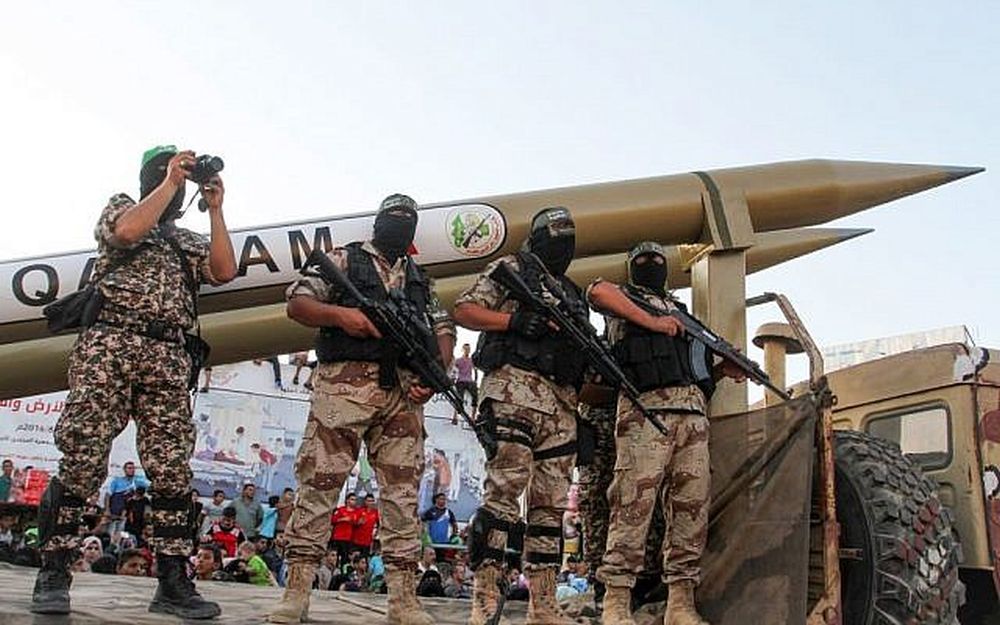 After 20 rockets were fired from the Gaza Strip in the three weeks since Dec. 7, limited punitive IDF air strikes, which never stopped them before, are still not working.
The identity of the hand orchestrating the rocket campaign depends on whom you ask. Defense Minister Avigdor Lieberman attributes it to “infighting among the Gaza Strip’s rival terrorist groups,” although he holds Hamas accountable for failing to prevent it. The IDF spokesperson issued a statement on Monday, Dec. 18, listing 40 IDF retaliatory strikes against Hamas terrorist targets: “Hamas is exclusively responsible for the situation in the Gaza Strip. The IDF views the firing of rockets at Israeli communities with the utmost gravity and will not allow any harm or attempt to harm the citizens of the State of Israel.”

Hollow words indeed so long as no effective action is taken for putting a stop to the bane.  Meanwhile, hundreds of thousands of Israeli civilians, including many thousands of children, live in fear of their lives.

Some of Israel’s mainstream media join in Lieberman’s game of obfuscation for absolving Hamas of keeping its hand on the button for releasing the rocket barrage. One headline proclaimed: “Hamas tortures Salafis to curb Gaza rocket fire,” and sends messages to Israel that “it does not seek escalation.”
Hamas may well be torturing Salafis, but DEBKAfile’s military sources assert this has nothing to do with the rockets launched almost daily from the Gaza Strip. It is the supreme command of Hamas’ armed wing, the Ezz e-din Qassam Brigades, which is directly responsible – not small factions or other terrorist groups. The commanders of the radical Islamist group are motivated by burning resentment of their political leaders’ compliance with Cairo’s drive for reconciliation between the Palestinian Authority led by Fatah and the Hamas rulers of the Gaza Strip. Hamas terror chiefs have no intention of handing Gaza’s border crossings with Israel and Egypt to the control of PA security forces, or of accepting a permanent mission in Gaza City of generals from the Egyptian intelligence ministry.
Hamas is venting its resentment typically by goading Israel with an as-yet measured barrage of rockets, taking advantage of the wave of Islamic protest generated by US President Trump’s recognition of Jerusalem as Israel’s capital. The order coming down from the Hamas high command is to its allow any group, including its own activists, to shoot rockets into Israel. The level of fire must not be allowed to get out of hand; neither is it stopped or the launchers impounded. This keeps the barrage irregular and spasmodic – yet controlled, a bane for Israelis living within range, who are trying to carry on with their lives. Hamas is fully capable of stopping it, if it so wishes, but Israel is so far avoiding outright action for making this happen.

24 thoughts on “Why aren’t Israelis told that Hamas High Command is behind the persistent rocket fire?”