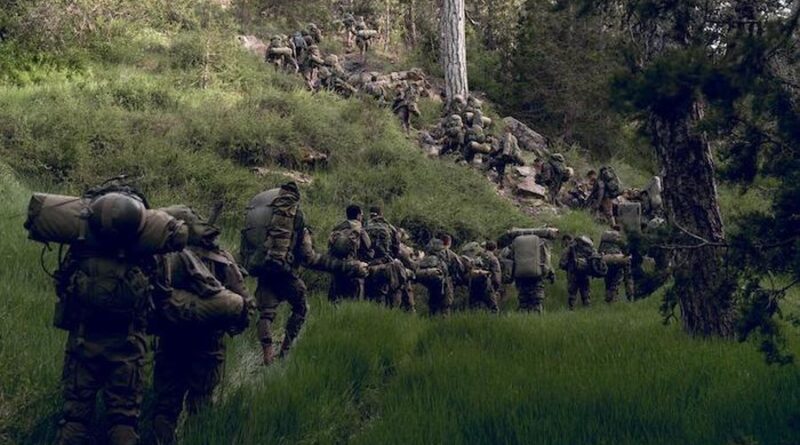 Around 100 Israeli Air Force fighter jets, transport planes and refueling aircraft took off for Cyprus from bases in Israel this week to test operations “over the horizon” during the IDF’s month-long Chariots of Fire war game. Also tested, for the first time, was the landing on Cypriot beaches of a complete division of troops, including naval units, the elite Shayetet 13, paratroops, Yahalom special combat engineering unit, intelligence forces and members of the C41 and Cyber Defense Directorate. They also practiced the rapid transfer of casualties to hospitals at home.

This is the largest scale war game in Israel’s military history and encompassed thousands of troops including reservists. It was carried out as part of Israel’s stance of readiness to take on a variety of offensive operations – especially in the light of heightened war threats from Tehran. Some military experts estimated that the IDF would need a year at least to be ready for a comprehensive attack on the Islamic Republic. Meanwhile, Israel is keeping up its operations to upend Iran’s entrenchment in Syria and its projects for outfitting Hizballah’s and Syrian rockets with high precision gear.

Several months of preparation went into the huge “Beyond the Horizon” war game in Cyprus, which ends on Friday. Israel has been pressing ahead out of extreme concern that the world powers, including the US, can’t be counted on for significant action to curtail Iran’s drive for a nuclear bomb. The sense that it is being left to act on its own was not allayed during defense minister Benny Gantz’s trip to Washington last week and his talks with national security adviser Jake Sullivan and armed forces chief Gen. Lloyd Austin. Neither did Israel gain reassurance from a recent visitor US Central Command Chief Gen. Michael Kurilla.

His predecessor, the former CENTCOM chief, Gen. Kenneth McKenzie, confirmed before his retirement last March that Iran has more than 3,000 ballistic missiles, many of which can reach the State of Israel. He told the Senate Armed Services Committee he was also concerned about Iran’s drone program. Iran’s drone fleet has evolved from “commercial off-the-shelf” UAVs, McKenzie reported, to drones that resemble cruise missiles in terms of increased speed, range, accuracy, resistance to electronic warfare, and warhead weight, and supplied them wholesale to its proxies.