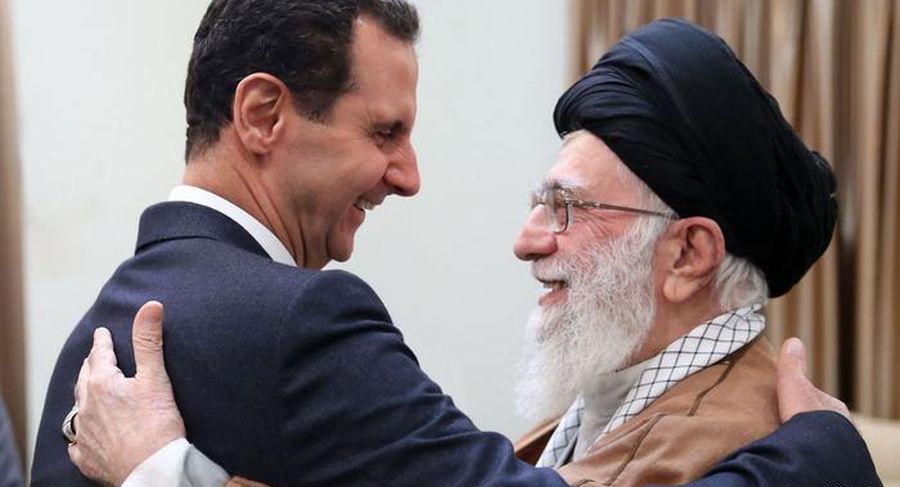 Al Qods Brigades, the Iranian Rev Guards’ external wing, “brought” Syrian ruler Bashar Assad to Tehran on Feb. 27, for an audience with supreme leader Ayatollah Ali Khamenei. This was revealed on Wednesday, March 6, by Al Qods deputy chief Brig.-Gen Esmaeil Qaani in an interview with Iranian media. Assad arrived alone without aides – a sign that he did not come voluntarily. And, indeed, Qaani also admitted that “his men accompanied Assad” all the way to Tehran, another sign that he was virtually snatched for the trip.   DEBKAfile’s intelligence sources, who followed this revelation, discovered that Assad was bundled onto an Iranian plane and flown directly to a Revolutionary Guards air base in western Tehran. The only official on hand to receive the Syrian president was Al Qods chief Gen. Qassem Soleimani, who never left his side throughout the visit.

The only Iranian advised of his arrival was supreme leader Ayatollah Ali Khamenei. Assad later met President Hassan Rouhani, who was surprised to find the Syrian ruler in Tehran. All the photos and videos of the visit showed Assad on his own without the usual Syrian aides.
Our sources report that the entire purpose of this virtual abduction was to force the Syrian ruler to bend the knee and kiss the hand of Ayatollah Khamenei, a gesture tantamount to an oath of allegiance to Iran’s supreme leader. Assad became the only Arab ruler to swear allegiance to the Shiite revolutionary ruler of Iran. He was not given much choice.
Having discovered how Tehran forced Bashar Assad to its will, Russian President Vladimir Putin, who two days later, on Feb. 27, sat down in Moscow with Prime Minister Binyamin Netanyahu and IDF Military chief Maj. Gen. Tamir Hayman, granted Israel a free hand to attack Iranian targets in Syria. Putin also invited Israel to accept its first role in the military and political processes ongoing in Syria.
According to our sources, Iran is not taking the Russian concessions to Israel lying down. Assad is being subjected to brutal pressure from Tehran to declare Israel’s attacks on Iranian sites in his country tantamount to attacks on Syrian targets, and to issue a strong warning that Damascus and Tehran will initiate payback.

38 thoughts on “Assad in Tehran: Soleimani’s goons snatched him to swear allegiance to Khamenei. Putin retaliates”