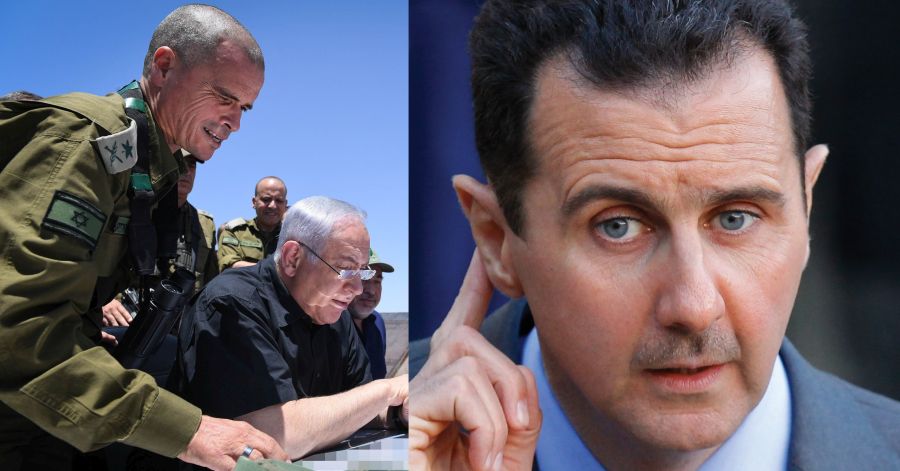 DEBKAfile’s exclusive intelligence sources report that late last week, a personal Note from Syrian ruler Bashar Assad was secretly handed to Prime Minister Netanyahu by a European intermediary. “War is not what I am after. All I want now is to focus on reunifying Syria and rebuilding the ruins of war.” A key phrase followed: “We are a sovereign nation. We shall not hand our borders over to the control of any forces other than Syrian.”
This phrase was taken as an assurance by the Syrian ruler that the Hizballah forces fighting in Syria would not be allowed to deploy on its borders with Israel, and came in response to Israel’s concerns  It was sent out directly after Prime Minister Netanyahu visited President Vladimir Putin in Moscow on Jan 29 and warned him that Israel would not stand by for the establishment of a Hizballah or Iranian troop presence on its northern border with Syria. It is presumed in Jerusalem that Assad acted on his own initiative in sending this note to Jerusalem.

The day after it landed on Netanyahu’s desk, a second secret note arrived from the Lebanese President Michel Aoun, a reputed ally of Hizballah. This one was devoted to assuring Israel that there were no Iranian missile factories in Lebanon – nor would the Lebanese government allow them to be constructed in the country. Another European diplomat carried this note to Jerusalem. Aoun did not write it himself; he instructed the Lebanese foreign minister Gebran Bassil, his son-in-law, to sign it and pass it on. Bassil went on to emphasize that should the Lebanese president believe that operations by Hizballah did not serve the country’s national and security interests, he would not hesitate to say so loud and clear.

It was impossible to confirm whether or not Assad and Aoun had acted in concert to cool the war fever hanging over the region in the wake of Israel’s widely broadcast concerns over the potential threats looming over its northern border. Netanyahu apparently gave his answer to the two presidents on Sunday, Feb. 4, when he opened the weekly cabinet meeting by saying: “We are not looking for war, but will do everything we have to, to defend ourselves.”

61 thoughts on “Assad in rare message to Israel: We won’t start war or let foreign forces control our borders”