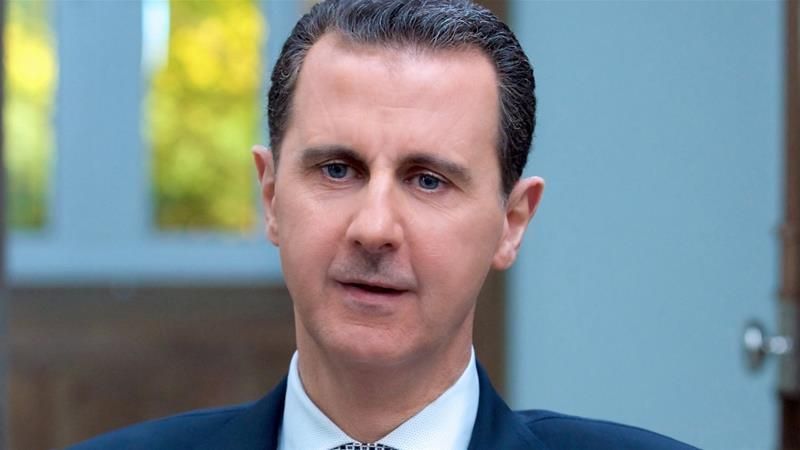 Bashar Assad, like his father and predecessor, Syrian president Hafez Assad, relies heavily on security agencies to keep the family and regime safe. This week’s shakeup by the Syrian ruler of the command level of Air Force Intelligence, State Security and the Criminal and Political Security Services, are explained by his sense that pivotal events are afoot and the need to tighten up his support system. Such events could run to a potential US-Russian accord on Syria’s future, although nothing of this nature is currently in sight; or the outbreak from Syria of an armed confrontation between Iran and Israel

Prime Minister Binyamin Netanyahu hinted at this possibility on Tuesday, July 9, when he toured the F-35 stealth fighter squadron in the Negev and warned that those planes could reach any corner of the region, including Iran and Syria.

Assad has no way of knowing how a confrontation between these two foes may turn out, or whether the two big powers will step in together to stop the fighting – or pull in opposite directions. He has therefore lined up his defenses for either eventuality.

According to Syrian sources, the shakeup includes Maj. Gen. Ghassan Ismail’s replacement of Jamil Hassan as Air Force Intelligence Director, and Maj. Gen. Hussam Louqa’s appointment as director of the General Directorate of Intelligence. Maj. Gen. Nasser al-Ali takes command of the Political Security Department, while another major general, Nasser Dib, was put in charge of the Criminal Security Branch.

Two key appointment took place Inside the presidential palace: Maj. Gen. Ali Mamlouk was named the president’s deputy for security-related affair. He was replaced as director of the National Security Bureau by Maj. Gen. Dib Zaitoun. Both these officers had been close to Bashar’s father, Hafez Assad.

Born in Damascus in 1946, Ali Mamlouk came under European Union economic sanctions in May 2011 for brutality in his previous functions against the still peaceful opposition protests at the outset of the civil war. He is still barred from entering EU member states, while Europeans may not conduct business with him. However, as the civil war wore on, Mamlouk was discovered making secret trips to allies on this continent. His first trip took him to Moscow, followed by Italy and Saudi Arabia. While the second two governments found the Syrian intelligence chief’s visits embarrassing, his visit to Moscow in September 2015 laid the foundations for expanded Russian military involvement soon after in the Syrian conflict.

In October 2016, Mamlouk arrived in Cairo at the invitation of the Maj. Gen. Khaled Fawzy, head of Egypt’s National Security Service. Both sides agreed to “enhance their coordination in policy and fighting the terrorism affllicting both countries.” The two regimes regard the Muslim Brotherhood as their common foe.

Ali Mamlouk is now believed to be Assad’s point man for leading any negotiations that may develop on the future of the regime in Damascus.

His appointment to this position of high trust was almost certainly approved by Iran. DEBKA Weekly’s sources recall that, not too long ago, on Feb. 22, Assad paid a rare visit to Tehran and, after being closeted with supreme leader Ayatollah Ali Khamenei, signed a bunch of military and strategic accords dictated by Iranian officials. Iran’s Middle East commander, Al Qods chief Gen. Qassam Soleimani, was at Khamenei’s side during the interview. Very little is known about the content of the accords Assad signed with Iran on that occasion and the nature of his obligations. However, it can be safely assumed that, before embarking on a top-level reshuffle of his security chiefs, the Syrian ruler applied first to Tehran.