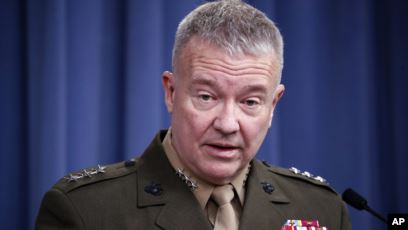 The types of the seven vessels on fire on Wednesday, July 15, and what caused the blazes were not revealed in the first official report from Tehran. The incident followed a string of mysterious explosions at Iran’s nuclear, military and missile production sites ongoing since late June.

DEBKAfile: If this suspected campaign of sabotage has been extended to encompass Iran’s navy, it would be a serious escalation, amounting to a threat to Iran’s claim to control the Persian Gulf and its waters.

Bushehr province is also home to Iran’s only nuclear power plant.
A day earlier, on Tuesday, US Central Command Chef Gen. Kenneth McKenzie warned Tehran that “any malign activities in the Gulf would bear a high cost.” In an interview sponsored by the State Department, he reminded Iran of “the events of January” when a US drone killed top Iranian general Qassem Soleimani. “So we are postured and will continue to be postured in the region, working closely with all our partners, all our friends n the region, to ensure that we’re ready and Iran sees very clearly what would be the high cost of any malign activity on their part,” the US Centcom chief stressed.

The general was asked if the Iranian regime was truly deterred by the killing of Soleimani or whether, before making its move, it was waiting out the upcoming UN Security Council vote on extending the arms embargo or the US presidential election. He replied that Washington had established “red lines” that might not have been visible before. The UN vote was a factor, he said, adding “But to be honest with you, it’s very hard to know and understand exactly what Iran’s thinking is.”