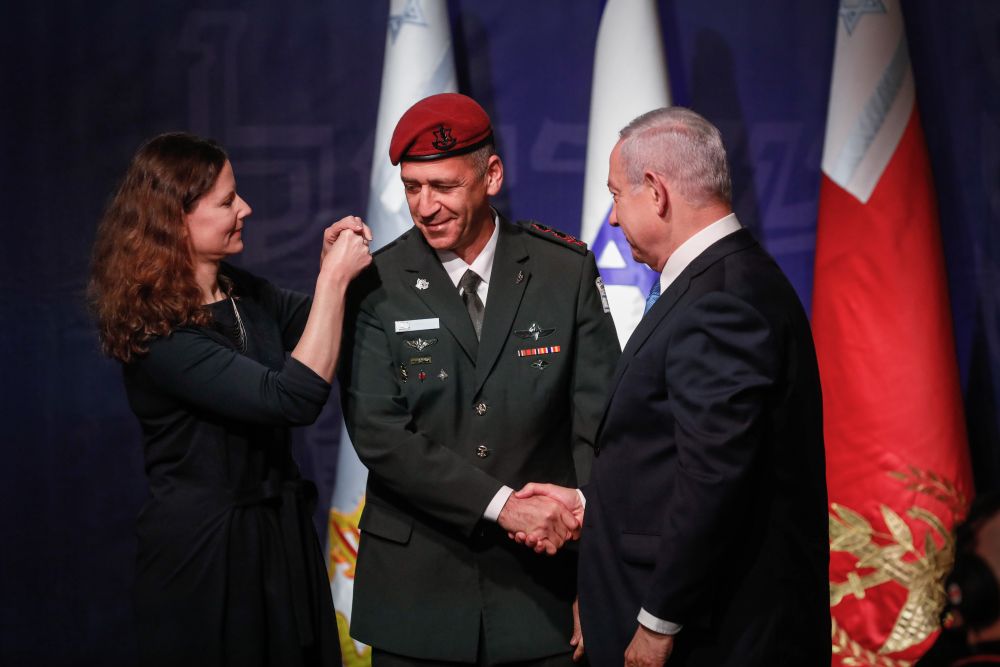 Prime Minister Binyamin Netanyahu outlined their shared 2030 vision when he welcomed Aviv Kochavi as the 22nd Israel Defense Forces Chief of Staff at a ceremony on Tuesday, Jan. 15 at IDF HQ in Tel Aviv. Pointing to Iran as Israel’s paramount foe, he termed its failed attempt to put a satellite into orbit that morning as part of Tehran’s nuclear-capable ICBM program and therefore an “act of aggression.” He went on to say: “Israel’s economic achievements are impressive, but the time has come for major investment in developing the means for defending those achievements and assets. All parts of the country must be made safe and all the borders fortified,” he stressed. The prime minister added that Israel will continue to invest in innovative cyber war, robotics and artificial intelligence, “but victory in war ultimately depends on the resolve and patriotism of the human fighter.”

He went on to say in answer to critics: “Superfluous wars must be avoided, but if an all-out war becomes necessary, we will fight to win.”

DEBKAfile: When Netanyahu, who also serves as defense minister, spoke of the need to defend Israel’s economic assets, he most certainly had in mind the preparations Hizballah is making to attack Israel’s economic infrastructure, especially its off-shore gas rigs. This is one of the main challenges facing the new chief of staff.
Netanyahu advised the Iranians to make haste and leave Syria before the IDF drives them out, spelling out another of Lt. Gen. Kochavi’s toughest missions. Thus far, despite hundreds of Israeli air strikes, Iran’s military resources in Syria are still firmly in place.

The prime minister in his address reiterated the need for victory and the IDF fighting to win. He was clearly trying to debunk the pervasive military doctrine which asserts that there are no victories in modern warfare. Given the formidable missions ahead of him, the new chief of staff will need to instill the opposite mindset in the IDF’s high command.

He comes from the right background.
Kochavi joined up as a former paratrooper, who achieved command of the Paratrooper Brigade after leading the prestigious 101st Battalion. His career included heading the Military Intelligence Directorate (AMAN), OC Northern Command, and finally, deputy chief of staff. Kochavi has a bachelor’s degree from the Hebrew University of Jerusalem and a master’s from Harvard University. The newly-promoted, Lt. Gen. Aviv Kochavi, 55, proceeded to Jerusalem after the ceremony in Tel Aviv. There, he paid his respects at the national monuments of the Western Wall and Mt. Herzl.