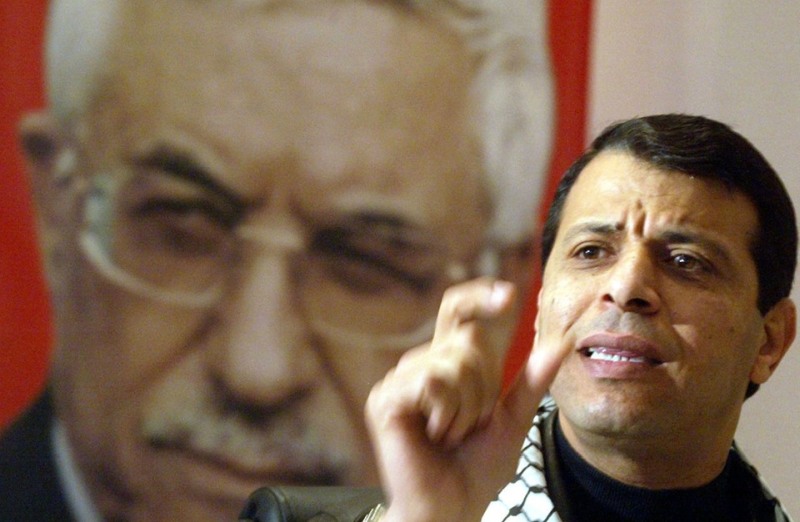 Cairo uncharacteristically abstained from blaming the Islamic State, Hamas (an offshoot of the Muslim Brotherhood) or Hizballah as terrorists for the deaths of 58 Egyptian servicemen on Oct. 21 in an armed Muslim Brotherhood Hasm Vanguards terrorist ambush on the highway to the El-Bahariya Oasis, 135km east of Cairo.

Egyptian officials have kept their lips clamped shut – even as they hosted the mastermind of Hamas terrorist operations, Salah Arouri, for the signing of an Egyptian-brokered reconciliation accord with the Palestinian Authority. They didn’t turn a hair when he flew straight from Cairo to Tehran to be received by Iran’s supreme leader Ayatollah Ali Khamenei; and pretended not to notice him sitting down with Iranian Revolutionary Guards chiefs to discuss arms shipments for the military arm of Hamas in Gaza.

To take delivery of those shipments, Arouri would need the services of the smuggling network through Sinai run by ISIS, with whom he plays footsie, while living in comfortable residence in the Hizballah quarter of Beirut.

So, why on earth does Egypt quietly put up with Palestinian extremist Hamas leaders brazenly hobnobbing with their worst enemies, Islamist terrorists and Shiite terrorist sponsors?

Israel, which shares those enemies, likewise mostly holds its tongue – albeit for different motives – over Hamas ties with Iran and Hizballah and the steady stream of harsh negatives it continues to issue even after signing a peace pact with the Palestinian Authority: “We shall never recognize Israel or disband our military wing.”

DEBKA Weekly’s Middle East sources reveal why Egyptian President Abdul-Fatteh El-Sisi is holding back from criticizing Hamas in any shape or form: The reason is that he is resolved to bring the Palestinian reconciliation process to fruition, come what may. His partners in this project at Saudi Crown Prince Muhammad bin Salman, and the Crown Prince of Abu Dhabi Sheikh Mohammed bin Zayed, who is Deputy Supreme Commander of UAE Armed Forces.

They are bent on a major project to haul the Palestinians of the Gaza Strip out of the deep pit of insolvency into which the Hamas administration has sunk them by getting the Palestinian Authority from Ramallah installed there by December. It will then be up to PA Chairman Mahmoud Abbas to show he, at least, is capable of reviving essential services for the wretched population of one and a half million, and provide them with badly needed regular food supplies, education, medical services, water and electricity. The PA is also charged with taking over Gaza’s four border crossings to Egypt and Israel.

This project calls for a massive injection of $1-2 billion, which will be put up by Saudi Arabia and the UAE. Both have agreed with the Egyptian president to appoint their close friend, Muhammad Dahlan, 56, an international businessman, to take charge of getting the Gaza Strip on its feet.

Dahlan was born in the Gaza Strip at the Khan Younis Palestinian refugee camp. In the late 1990s and early 2000s, he was a senior minion of the PLO leader Yassar Arafat, using Fatah’s military machinery to rule the Gaza as its strongman. In 2007, Hamas drove Fatah and the PA out of the enclave by a military coup.

Hamas is too broke to make any objections to Dahlan’s return to Gaza. Without a fresh source of funding, it is finished as a political entity and its military arm goes out of business. Its leaders are ready to recognize him as the Palestinian Authority’s “high commissioner” for the Gaza Strip, provided, of course, that he delivers a substantial bankroll for Hamas from his masters in Riyadh and Abu Dhabi.

It was much harder to obtain Abbas’ acceptance of his arch-foe’s appointment. The argument El-Sisi used to talk him round into swallowing this bitter pill, our sources disclose, is that Dahlan, who once ruled Fatah’s military and intelligence agencies with an iron fist, will force his will and Fatah dominance on the Gaza Strip. Eventually, he will also be able liquidate Hamas’ military (terror) arm, the infamous Ezz e-din al-Qassam.

In their last conversation, El-Sisi also used this argument to persuade Prime Minister Binyamin Netanyahu to hold back from a loud outcry against Hamas and its association with Iran and Hizballah, our sources report.

The Egyptian president also scolded Abbas: If he could make peace with Hamas, he could go the extra mile and accept Dahlan for the common good of the Palestinian people.

DEBKA Weekly’s Middle East sources report that, for now, the Palestinian unity project is moving along two parallel and apparently conflicting tracks: between Hamas and the Palestinian Authority in Cairo, on one, and between Hamas and Iran and Hizballah in Tehran and Beirut, on the other. If the latter pulls ahead, it could lead to Hamas leaders and Bashar Assad meeting in Damascus to bury the hatchet.

But how long can the two Palestinian tracks keep moving and who will come out on top? Egypt, Saudi Arabia and the UAE, on one side, or Iran and Hizballah, on the other? In all its recent works, whether in Syria, Iraq, Lebanon or Yemen, Tehran has consistently come out as winner.