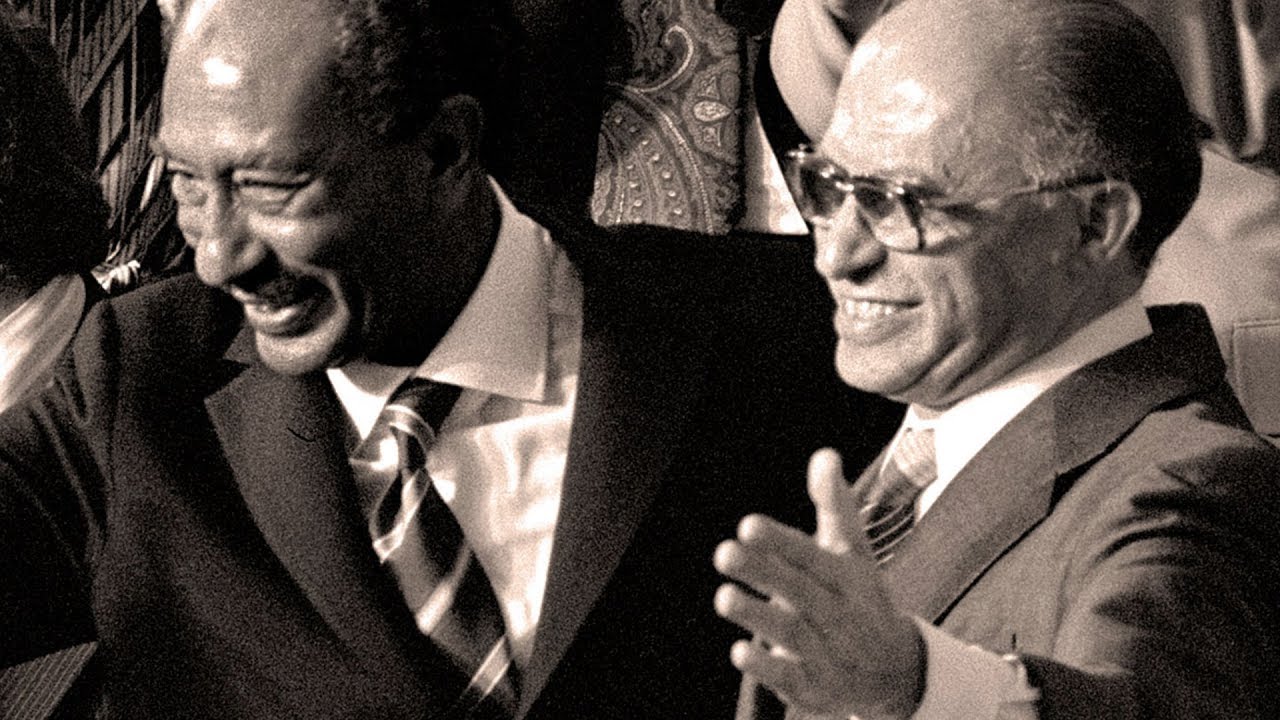 On Nov. 19, 1977, Israelis watched incredulously as Egyptian President Anwar Sadat, three years after leading a savage war against Israel, walked down from the plane that brought him to Israel in peace. Two extraordinary leaders, Anwar Sadat and the newly-elected Menahem Begin, had made personal decisions against all odds, religious divides and mighty opponents, to share their common vision, i.e. to end the cycle of war between them.

Neither brooked half-measures and were ready to defy conventions. The Egyptian president, a fervent Muslim, chose to visit Israel’s capital, Jerusalem, and ascend Temple Mount to tour Al Aqsa and the Dome of the Rock, escorted by Israeli leaders, tight security and television cameras. He then delivered an epic speech to the Knesset, Israel’s parliament, to persuade Israel’s elected leaders of the sincerity of his desire for peace.

In so doing, Sadat, leader off the strongest Arab nation, smashed the Arab consensus which called for war against the state of Israel until its extinction, and stepped forward as the first Arab League member to recognize Israel’s right to exist.
Begin agreed to restore every inch of the Sinai Peninsula to Egypt, braving popular outrage over its cession to yesterday’s enemy so soon after many hundreds of Israeli soldiers had died there to fight off an Egyptian military invasion from Israel’s borders
Leaders of this high stature and courage don’t appear very often. And indeed, 40 years later, the peace treaty they forged between Egypt and Israel is still strong, surviving even during the 2012-2013 period of Muslim Brotherhood rule in Cairo.
The fabulous historic aura of Israel’s first peace accord with an Arab nation has faded. It has made way for pragmatic bilateral political, military and intelligence ties developed between Binyamin Netanyahu and Abdel-Fatteh El-Sisi for their shared purpose of safeguarding security and stability. Those bilateral ties have meanwhile expanded to interaction between Israel and other Arab nations – a long way past the original vision shared by Begin and Sadat. The Arab world has come to accept the benefits of coexisting with the Jewish state instead of fighting it. Saudi Arabia and the United Arab Emirates, in particular, have developed a special kind of relationship, which though informal is vibrant.

Many Israelis are to be found traveling in those countries for all kinds of purposes, and large convoys ply an overland route to Gulf destinations around the clock, bearing Israeli products as well as merchandise transshipped from Europe through Israeli ports. Still missing are only direct air flights. Three leading Arab nations, the largest and the richest, have therefore begun integrating ties with Israel into their security and economic systems.
Many attribute the burgeoning relations to the shared need to challenge Iran’s hegemonic drive and developing nuclear capacity. But that is only part of it. Arab governments understand that oil is a declining asset as their sole source of strength and prosperity and they must cultivate a region-based economy armed with advanced technological capabilities. This recognition brings the Arab world closer to Israel. And Arab leaders are now pushing the Palestinians to fit into this regional concept by reaching a peace accord with Israel.

While the Middle East profited from Anwar Sadat’s pioneering vision, the visionary himself paid dearly. On October 6, 1981, he was assassinated by a group of Egyptian intelligence officers guarding him, who regarded him as a traitor for making peace with the infidel state. The assassins belonged secretly to the extremist Al Hagera al-Takfira, a branch of the banned Egyptian jihadist movement which later joined Osama bin Laden to establish al Qaeda. The epic peace accord therefore played a cruel trick on history by indirectly spawning one of its most violent movements