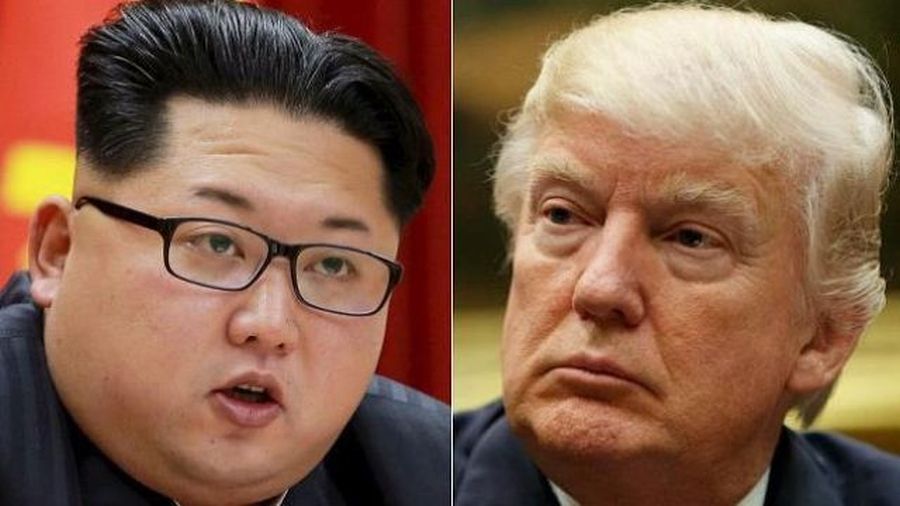 North Korea’s Kim Jong Un invitation to meet US President Donald Trump to talk about denuclearization has left Iran’s Ayatollah Ali Khamenei high and dry. He is now the only world ruler still holding out against discussing his country’s nuclear program. Instead, the ayatollah using it as muscle for trying to impose Iran’s will on the United States in the Middle East. “Rocket man” in Pyongyang may have factored into his provocative policies the inevitability of having to face Trump at some point to discuss terms for the denuclearization of the Korean peninsula, while preserving his regime. His escalations were countered by the pressure of biting world sanctions, in the imposition of which even China was active. Now, Khamenei can no longer escape the realization that he will have to face the US and renegotiate the changes Trump is demanding for filling in the loopholes in the nuclear deal which Tehran signed with six world powers in 2015.

The first reference to this could be found between the lines of the message Trump posted on Twitter early Friday, March 9, after he accepted the invitation delivered from Kim by South Korean officials: “Kim Jong Un talked about denuclearization with the South Korean Representatives, not just a freeze. Also, no missile testing by North Korea during this period of time. Great progress being made but sanctions will remain until an agreement is reached. Meeting being planned!”
The content of the Trump tweet closely followed the outline of the proposal delivered by French Foreign Minister Jean-Yves Le Drian this week to Tehran, on behalf of Presidents Emmanuel Macron and Trump, DEBKAfile’s sources report. It was brushed off within 24 hours by senior Revolutionary Guards generals and regime officials. As one of them tellingly put it: “European countries come to Tehran and say we want to negotiate with Iran over its presence in the region. It is none of your business. It is our region. Why are you here?”
While this response was brazen enough, it interestingly omitted mention of nuclear arms and ballistic missiles.
The Iranians appeared to be suggesting that when Europe (and the US) were ready to quit the Middle East, Tehran would be open to discussing its nuclear and missile programs.
The milestone opening for leader-to-leader talks between the US and North Korea – possibly in May – is a long way from substantive negotiations, or a promise of their success. There will be crises, impasses and muscle-flexing along the way, but Trump’s policy of doggedly turning the screw on the North Korean dictator by maximizing sanctions pressure produced the very breakthrough that escaped all his predecessors for six decades.