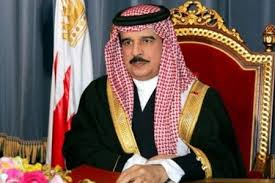 The announcement of a “historic US-Bahrain-Israel breakthrough to further peace in the Middle East,” after the United Arab Republic, underlined the strategic realignment of the Middle East underway under the Trump baton. Israel and Gulf Arab nations were in furtive rapport for years, but its formal breakthrough to open ties happened because the long pan-Arab boycott fueled by hate and fear was ready to make way for normal relations when stimulated by the powerful mutual profit motive. For the Gulf, this means embracing trade and tourism with a rich, high-tech economy and is coupled with the availability of long-denied advanced US weaponry. The Arab rulers were willing to sideline the irksome Palestinian issue, which for decades blocked neighborly ties, for the sake of girding up together to ward off the threat posed by a common enemy, Iran. Trump was enabled to reinforce his sanctions regime against the Islamic Republic with another strong lever, growing regional isolation.
Bahrain’s case is different from that of the UAE and riskier. President Trump noted that it took 26 years for the UAE and Israel to establish diplomatic ties; but only a month for the decision by Manama. This discrepancy reflects geography: the Emirates are 100km from Iran, while Bahrain’s islands are no distance at all,
The two cases were different in another way too. Whereas relations with Israel were welcomed not just by Emirati leaders but by their population, Bahrain’s Sunni hereditary king Hamad bin Isa bin Salman al-Khalifa, as ruler of a tiny population with a 70pc Shiite Muslims majority, took a big chance. Iran’s Lebanese agent, Hizballah, has planted and trained terrorist cells among his restive Shiite community. Toppling the Al Khalifa throne would serve Tehran s claim to the island-kingdom as Iran’s “14th province.”

In 2011, next-door Saudi Arabia sent troops to help the king quell the “Arab Spring” Iran-backed Shiite uprising. Its success would have also impinged heavily on Saudi Arabia’s own Shiite minority in the Eastern Province opposite Bahrain.
The Al-Khalifa rulers depend on Riyadh not just as a shield, but for their economic health. The island-kingdom’s fast depleting Abu Safah oilfield is shared with the Saudi company Aramco. King Hamad would therefore not have ventured to establish diplomatic relations with Israel without a nod from Riyadh, although the Saudi de facto ruler Crown Prince Mohammed bin Salman is constrained by domestic issues from formalizing the kingdom’s working ties with Israel himself.

The strategic importance of the tiny island-kingdom, with the smallest economy among the six Gulf Cooperation Council members, is highly disproportionate to its size. Wedged between its powerful Saudi ally and hostile Qatar and Iran, Bahrain’s archipelago of 100-islands – half of them artificial – plays host to key US bases: Naval Support Activity Bahrain, US Naval Forces Central Command and United States Fifth Fleet. It is the primary base in the region for America’s naval and marine activities.

Bahrain’s Foreign Minister Abdullatif bin Rashid Al Zayani will therefore be an important presence at the White House ceremony on Tuesday for the signing of the Israel-UAE normalization accord.

For its host, President Donald Trump, the occasion will boost his role as a Middle East peacemaker in his campaign for re-election in November. For Netanyahu, who will also be there, it is a sorely needed sugar coating for the pressing imposition of Israel a second national lockdown against the surging coronavirus contagion, which his government has failed to contain.

On Saturday, the Bahrain FM and his Israeli counterpart Gaby Ashkenazi exchanged congratulation on the deal. Iran threatened Bahrain with reprisals, while the Palestinian Authority furiously withdrew its envoy from Manama.