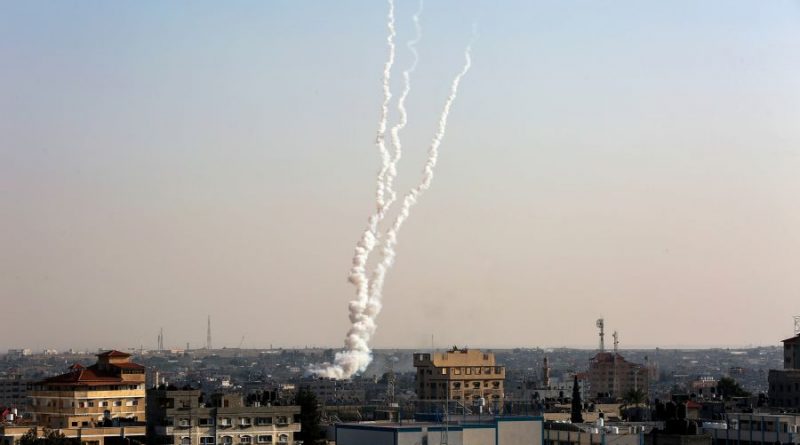 Israeli aircraft struck Hamas positions in Gaza before dawn Saturday, Nov. 16, after Beersheba came under rocket attack Friday night. It was the first time the IDF had targeted Hamas for reprisals in the ongoing clash with the Palestinian Islamic Jihad.  The two large Grad rockets that shook Beersheba’s population of quarter of a million were intercepted by Iron Dome. Nine people suffered minor injuries or shock as they ran for shelter in response to the rocket sirens.

The Islamic Jihad was making a point: Its rocket war on Israel was not over, although the IDF’s Home Command insisted on ending the war emergency after an agreed ceasefire went into force early Thursday to end the 450-rocket blitz that had shut down the towns and villages of the South for 48 hours. The IDF hailed its Operation Black Belt, launched with the killing of the Jihad senior commander Baha Abu Al-Atta, and the wrecking of its terrorist infrastructure in Gaza as a victory. Israel’s leaders refused to accept that the war was still ongoing – even when Jihad fired three salvos after the ceasefire. The IDF Home Command insisted that the local councils reopen schools and return to their normal routines. After disobeying the order on Friday, they agreed to restart classes on Sunday.

On Friday too, Hamas cancelled its regular weekly mass disturbance on the Gaza-Israel border, for the first time since it instituted the violent “March of Return” demonstration eighteen months ago, so as deny its smaller rival, the Islamic Jihad,  a pretext for violating the ceasefire brokered by the UN and Egypt.
DEBKAfile’s military sources note the Islamic Jihad did not need a pretext. On Friday night, after a quiet day, it attacked the major Israeli town nearest to the Gaza Strip, Beersheba, capital of the Negev. By persisting in their denials of the ongoing conflict, Israel’s strategists triggered its escalation.

Aside from the single attack on Tel Aviv, Islamic Jihad had hitherto avoided using its long-range rockets to reach Israeli populations at a distance from the Gaza Strip, and Hamas refrained from intervening in the contest. But when on Friday night, the Hamas leader Ismail Haniyeh phoned his Islamic Jihad counterpart Zeyad al-Nakhala at his Beirut base with condolences for the death of Abu Al-Atta, the two Palestinians agreed to join forces to fight Israel. It is therefore possible that Hamas was responsible for the rocket fire on Beersheba, although this is not confirmed.

Israel returned to attacking Hamas early Saturday in response to is leaders’ decision to throw its support behind the Islamic Jihad once again. This decision scuttled the most hopeful outcome of the contest with Jihad: Hamas’ neutral stance. Israel reacted by reverting to the dead-end, tit-for-tat routine in the Gaza Strip, which presages constantly deteriorating security for the southern regions within range of terrorist aggression.

48 thoughts on “Beersheba comes under rocket attack. IDF hits back at Hamas in widening cycle of Gaza conflict”