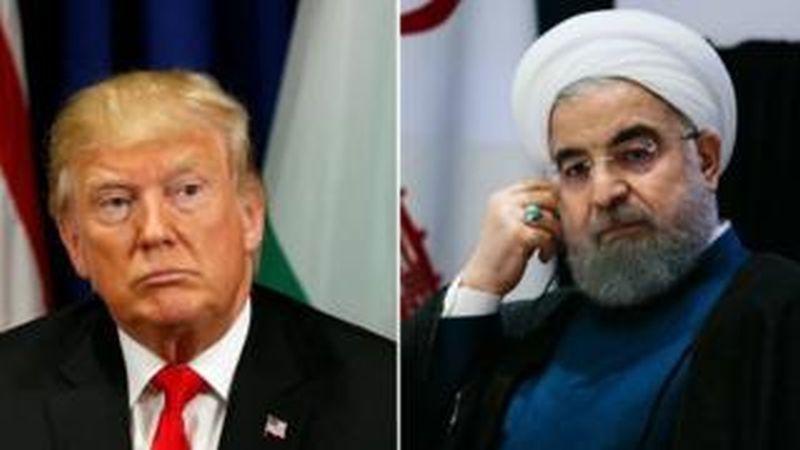 US President Donald Trump was initially ready to meet Iranian President Hassan Rouhani at UN headquarters – rewarding the efforts made by French President Emmanuel Macron and Pakistan’s Prime Minister Imran Khan – provided Tehran promised to hold back from its planned attack on the United Arab Emirates.

That has become Tehran’s next objective after its crushing missile-drone attack on Saudi oil facilities. Trump wanted more than a personal guarantee from Rouhani on this point. Tehran must revoke its entire six-point program of attack (see a separate article in this issue), which calls for “the resistance axis” to “move from the stage of strategic restraint to the stage of punitive attack” and is already going into effect. This process cannot be stopped, Tehran said “until the USA and its allies stop the military, security and economic wars they are waging against Iran.”

It was explained to the US President that even if President Rouhani agreed to go along with Trump’s pre-condition for a meeting, his decisions are not binding. They are subject to confirmation by the top-secret team of Revolutionary Guards officers drawing up this program in total hush-hush behind the doors of supreme leader Ayatollah Ali Khamenei’s office. Rouhani may not even know their names. He is almost certainly not privy to all facets of the program, least of all to the timetable of the planned attacks. The Iranian president only finds out what is going on when he is called to the supreme leader’s presence after the event for guidelines on the policy line he and Foreign Minister Muhammed Javad Zarif are to follow.

Nonetheless, Trump refused to budge from his key foreign policy strategy of person-to-person negotiations with foreign rulers. For a meeting with the Iranian president he was willing to give some slack on sanctions, albeit only insofar as third parties are concerned in the US measures.

As a compromise, a group of mediators, among them Macron and British and Pakistani prime ministers Boris Johnson and Imran Khan, offered to act as Rouhani’s guarantors for Iranian attacks to be suspended in the course of his talks with the US President. However, Rouhani never approved this proposal because he failed to obtain a yes or no answer from Khamenei’s office.

Nevertheless, Macron, who made the effort to wind down US-Iranian tension the linchpin of French foreign policy, whipped out a four-point agenda for the presidential summit:

1. Iran will undertake never to seek or acquire a nuclear weapon.

2. Iran and its allies will halt their attacks on oil and other Middle East targets.

3. The US and Iran will reach terms for ending the Yemen war. Tehran will obtain its ally’s endorsement of the deal – the Houthi rebels, while Washington would obtain the consent of Riyadh and Abu Dhabi.

4. The Trump administration will gradually lift sanctions against Iran, starting with measures against its oil exports.

The first three of these four points appeared acceptable to Donald Trump. What remained was the question of sanctions relief. But as the week wore on, the prospect of a summit faded to nil and the agenda irrelevant. On Wednesday night, when Rouhani rose to address the UN General Assembly, the buoyant mood hanging over the US and French delegations most of the week was squelched, along with any hope of Washington’s military restraint for the Saudi attack becoming a lever for dialogue.

In a virulent speech, the Iranian president lashed out at the US for “international piracy” and “merciless economic terrorism,” saying he was neither interested in negotiations nor a “memento photo” with Donald Trump, whom he addressed as the “incumbent US president.” Secretary of State Mike Pompeo, faithful to the Trump line, commented: “We want peace, we want a peaceful resolution with the Islamic Republic Iran. We’re hoping we can get it that way. In the end it’ll be up to the Iranians to make that decision.” Saudi foreign affairs minister Adel al-Jubeir warned that US patience with Iran is not inexhaustible and that military options are still being considered.