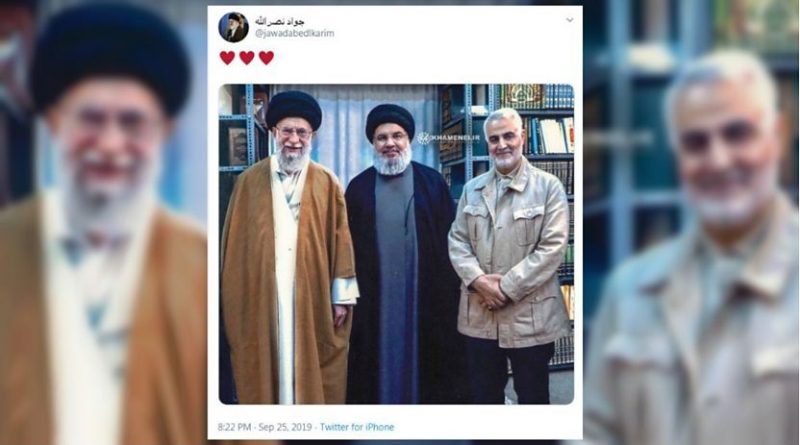 Western secret service sources revealed to the German Welt paper that Hizballah owned the stock of ammonium nitrate that triggered the Aug. 4 disaster in Beirut, killing 170 people and devastating the city. Hizballah’s Hassan Nasrallah categorically denied his organization had anything to do with the 2,750 tons of the chemical stored in Beirut port since 2013. However, those sources now reveal that, around this date, Hizballah took delivery of at least three shipments of this dangerous substance from the Iranian Revolutionary Guards Al Qods, which was then headed by Gen. Qassam Soleimani, who was killed last year by a US drone. Hizballah is said to have paid a billion Iranian rials (around 61,438 euros) for the supplies on April 4, 2014.

The ammonia nitrate shipments came in by sea, air or overland through Syria. The freight from October 2013 is said to have been transported in flexible bulk containers by plane, presumably with one of the private Iranian airlines, which are front companies of the IRGC. One of them, Mahan Air, was deprived of the right to take off and land in Germany last year.

Mohammad Qasir, 57, is said to have been Hizballah’s logistics master for 20 years and responsible for paying for the ammonium nitrate deliveries. He has been on the US list of sanctions to stop Hizballah funding since 2018. In Nov. 1982, during the Lebanon war, his brother Ahmed Qasir drove a truck into the headquarters of the Israeli army in Tyre and killed at least 75 Israeli soldiers, 14 of their Arab prisoners and himself. The explosive used in this attack: ammonium nitrate. Mohammed knowingly sacrificed his brother.

On the Iranian side of the dangerous chemicals’ supply line to Hizballah is Behnam Shahriyari, who has been subject to US sanctions since 2011. He appears as the head of the Iranian transport company Liner Transport Kish, which apparently also handled the ammonium nitrate delivery to Hizballah.

An expert talking to Welt offered several reasons to explain why Hizballah maintained a stock of explosive substances at Beirut port at that time. One was its possible use in support of Bashar Assad’s battle against Syria rebels; another related to the tunnels Hizballah was then driving under the border into Israel. The Shiite terrorists may have intended to use the ammonium nitrate for attacks on northern Israel. Those tunnels were uncovered and deactivated by the Israeli military last year.

Also last year, the London Telegraph reported that Hizballah had cached thousands of ice packs in four properties in northwest London, a deception tactic also used in Germany. A counter-terrorism  source told the paper that the ammonium nitrate was to be used for “proper organized terrorism.”