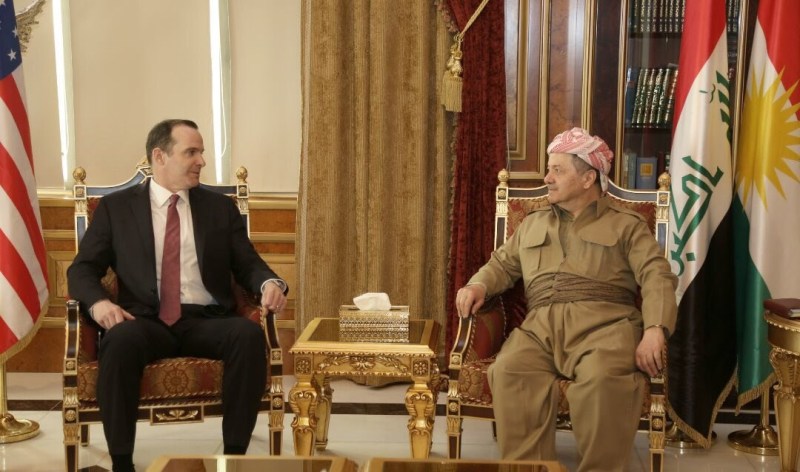 On Tuesday Oct. 17, a special US military flight brought Brett McGurk, grandly titled US Special Presidential Envoy for the Global Coalition against ISIS – first to freshly-liberated Raqqa, and then to Irbil, capital of the semiautonomous Kurdish Republic of Iraq. He flew in from Washington to join the celebration of America’s share in the Kurdish-led SDF victory over ISIS in Raqqa. But the most important part of his mission took place next in the Kurdish capital.

By the time this issue was published, the American envoy’s assignment was looking more and more like mission impossible.

McGurk found Irbil in turmoil, with mutual blame hurled in ever corner for the caamitous Kurdish downfall in Kirkuk and loss of the oil fields. America’s contacts in the KRG capital hung up on him when he tried to reach them by phone, or politely refused to talk to him. Incoming intelligence reports showed senior government officials digging out Iranian connections, or offering their services to the new overlords.

He was most shaken to discover that even Barham Salih, who was the CIA’s go-to Kurd for decades and had the standing of Kurdistan’s unofficial ambassador to Washington, had gone over the Iranian side.

While the US envoy was trying to pick up the pieces in the KRG capital, the pro-Iranian Shiite militias , under Revolutionary Guards officers, were busy taking over additional Kurdish cities.

When on that fateful Monday, Oct. 16, PKK fighters started coming down from their bases in the Qandil mountain range on Iraq’s eastern border with Iran, US intelligence believed they were on their way to help the Peshmerga ward off the Iraqi-Iranian assault on Kirkuk. American, Israel and Russian spy agencies were all equally baffled when they saw these PKK fighters heading instead to link up with fellow PKK units at Sinjar. They were completely floored when, on Thursday, Oct. 19, the two PKK contingents, in obedience to Iranian agents, joined together to block the northern end of the Iraqi-Syrian border, which McGurk had planned as an American-controlled corridor.

Instead, Iran had won not only Kirkuk, but a clear pathway between Iran and Syria for hanging a major hazard over American and Israeli security.